We're here ready to help you with all of your estate planning and elder law needs.
loading...
Carrier Law / Blog  / Why Do Stupid People Rule The World? 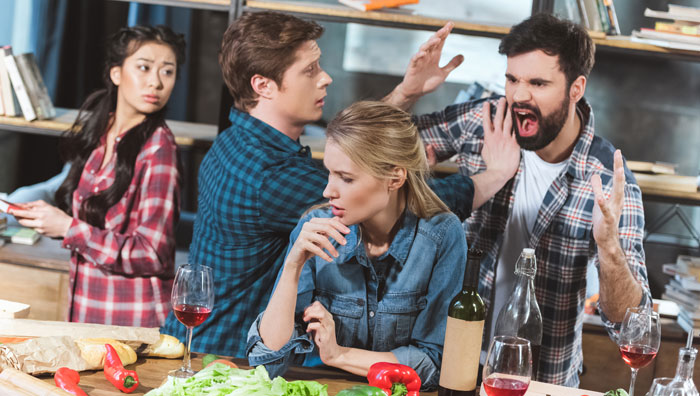 Why Do Stupid People Rule The World?

We Create Value, Fix Things, Make It Happen… We Help The World Become A Better Place They Are Helpless Or Thieves Or Stupid… Why Are They In Charge?

IS THE WORLD RUN BY IDIOTS?

Is now a bad time to reflect on the state of our world? Are you opposed to taking an honest look around and assessing the situation candidly? Have you given up making a positive contribution? Is it ridiculous to think, yes, the sun is going down, in the late innings, between a rock and a hard place, in a tough spot, jammed against the wall, but we can fix it yet, we can bounce back, all is not lost, is that ridiculous?

Remember a few years ago? Drilling skyrocketed. Energy prices plummeted. So much oil hit the market that prices went through the floor. All Americans had job opportunities. More Americans, of all races and genders, were providing for their families than ever before. Even so-called “unemployables” were working. Peace was breaking out in the Middle East. Countries that had been blood enemies since WWII decided to get along with all the benefits of warm peace rather than cold war. Inflation and interest rates were low. No new foreign wars were begun. Old wars were being wrapped up. No more Americans killing other people for inexplicable reasons with no end in sight. Now what?

Washington Post headline: “Colleges scramble to recruit students as nationwide enrollment plunges”. A million college students are “missing.” And the kids who show up? More bad news. The Chronicle of Higher Education: “Post-Lockdown Higher Education: A Stunning Level of Student Disconnection”. New college students are “by and large tragically underprepared to meet the challenges of university life — both academically and in terms of ‘adulting,’” such as understanding the consequences of missing a lot of class.”

Do you think that doubling the home mortgage interest rate is a good thing? Is it “great news” to your children or grandchildren buying a starter home that the interest rate has increased over 100%?

PRICE INFLATION. Across the board price inflation is at 40-year highs. Everybody knows this is the inevitable result of dumping trillions of stimulus dollars into the economy. Rising prices devastate middle class plans and dreams. And still, Presidential spokespersons variously claim that inflation is good, inflation is bad, inflation is Russia’s fault for invading Ukraine. Even though inflation happened before Russian invasion.

Russian mechanics supposed to maintain equipment steal the money instead. Mechanics pay off their sergeants. Sergeants pay off lieutenants. Lieutenants pay off captains… and on up the chain. All the way to the top. And then they all lied about it.

TWO QUESTIONS: A certain former President claims he warned leaders of Russia and China that if they invaded Ukraine or Taiwan, respectively, he would immediately bomb Moscow and Beijing.

You can easily multiply the examples offered here. Again and again our senses are assaulted with arguments, images, reasons, and acts which seem stark, staring madness. What explains this? How can we understand what is happening, so that we can remedy the problems and move ahead?

“Never attribute to malice that which is adequately explained by stupidity.”

Always And Inevitably Everyone Underestimates The Number Of Stupid Individuals In Circulation.

As a middle-class person, don’t you do your best to attain ambitious goals? Wouldn’t you like to have a comfortable retirement? Don’t you try to make situations better for yourself and others, too? Are you against sharing your good fortune with others? With your family?

And yet, try as you might, reality kicks you hard. As Mike Tyson said, “Everybody has a plan, until he gets punched in the mouth.” Is it a ridiculous idea to think you are surrounded by stupid people? Cipolla challenges you to ask yourself whether the following has happened to you, again and again:
a) people whom [you] had once judged rational and intelligent turn out to be unashamedly stupid.
b) day after day, with unceasing monotony, [you are] harassed in [your] activities by stupid individuals who appear suddenly and unexpectedly in the most inconvenient places and at the most improbable moments.

You have encountered these frustrations so often, you no longer notice. You have become used to outrageous levels of stupidity that now threaten our existence as a free people and, indeed, the life of humanity on this planet. How many stupid people are there? Any estimate would be too low. Your good faith and belief that others operate as you do blinds you to the overwhelming stupidity you encounter daily.

The Probability That A Certain Person Will Be Stupid Is Independent Of Any Other Characteristic Of That Person.

This ratio holds across cultures, races, numbers, professions. The Second Law of Human Stupidity says that Stupidity has a Pareto Distribution. The size of the group doesn’t matter. Education level of the group is irrelevant. Wealth has no bearing. Stupidity is equally distributed.

Politicians are stupid. Communist dictators are stupid. And they surround themselves with other stupid people. Who tell them stupid lies. So they do stupid things.
Unfortunately, the more we rely on powerful individuals to be smart and honest, the more likely they turn out to be stupid. And dishonest. And with more power to act on their dishonest stupidity.

Think about one of your children. You make think your child is not so bright. Or, you make think your child is the smartest person you have ever met. Your opinion does not matter. Now imagine that your child was a habitual drug user. And paid other people to have sex. And took pictures of himself having sex and doing drugs. Imagine further that your child approached rich foreigners and offered to intercede with you, to arrange dinner for them with you, or perhaps to play a round of golf with you. And your child would try to get those rich foreigners to pay your child millions of dollars for your “friendship.”

Is it crazy to think your child would fail? Who in their right mind would pay $20, let alone millions to make your acquaintance? Nobody. Your child would be laughed out of the room.
Now imagine that you are a prominent, national politician. You are stupid. You lied about your family history and athletic ability. You lied about your dead wife’s fatal car accident. And your law school experience. You lied so much, you had to drop out of running for President. But you got over that. And now you have power. And you want money. More money. Much more money. You also have a stupid child who does drugs and pays for sex. Now those foreigners are standing in line, checkbooks in hand.

The Second Basic Law of Human Stupidity holds that stupidity is equally spread through the population. Maybe so. But you have to get up in the morning, deliver value, and get paid. You cannot spend the day getting high, paying for sex, and cashing foreigners’ checks.

Do you have teams of highly-paid professionals covering for your every gaffe and blunder? If you say something incredibly stupid, will squads of public relations experts send out tweets, press releases, emails, TikToks and whatever else to explain away your obvious dementia?

We middle class folks may be stupid in the same proportions as politicians or rich folks, but we cannot get away with it. Consequences for us are real. Like months of solitary confinement after being waved through a building by police officers, staying between the velvet ropes. Getting the same treatment as those who actually assaulted and injured 56 police officers. Will their charges be dismissed like those who rampaged through the streets of D.C. and other major American cities, firebombing police stations, federal buildings, and other folks’ property?

The Third And Golden Basic Law Of Human Stupidity

A Stupid Person Is A Person Who Causes Losses To Another Person Or To A Group Of Persons While Himself Deriving No Gain And Even Possibly Incurring Losses.

Stupidity is hurting others without helping yourself and sometimes even hurting yourself.

Is it reasonable that someone would hurt others and themselves at the same time? Or that they would hurt others with no selfish benefit? It makes no sense. That is why we rational people call that behavior stupid.

There are two more Basic Laws of Human Stupidity that we will discuss next week, stay tuned!

A Stupid Person Is The Most Dangerous Type Of Person

Traditional estate planning is concerned with avoiding probate, saving taxes, and dumping your leftover stuff on your beneficiaries. After you die. Nobody cares what happens to you while you are alive. How does that help anyone? Stupid.

Is it surprising that thousands of recreation properties: cottages, cabins, hunting land, are lost to pay for long- term care? Why is your estate planner hurting you and your family? It is evil intent? Or stupidity?

Peace of mind and financial security are waiting for everyone who practices LifePlanning™. You know that peace only begins with financial security. Are legal documents the most important? Is avoiding probate the best you can do for yourself or your loved ones? Is family about inheritance? Or are these things only significant to support the foundation of your family? Do you think finding the best care is easy? Do you want to get lost in the overwhelming flood of claims and promises? Or would you like straight answers?