We're here ready to help you with all of your estate planning and elder law needs.
loading...
Carrier Law / Blog  / They Do Not Hate You; They Despise You 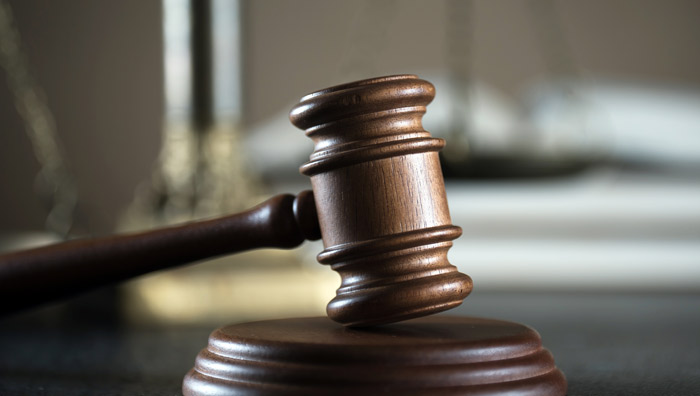 They Do Not Hate You; They Despise You

“Contemptible Idiots Who Are Kind Of Evil”

Clowns Are Leading The Parade While You Do The Work

Ever wonder what elite experts think about you? Probably not. You have a life to live. Bills to pay. Kids to raise. Grandchildren to spoil. You are busy. Lots of stuff going on. And yet. You cannot help noticing that things are not what they should be. Or used to be.

“Some Ideas Are So Stupid That Only Intellectuals Believe Them.”
—George Orwell

You expect politicians to be hypocrites. Tell you to do one thing, while they do the opposite. Wear masks! Except at my fundraiser/birthday party/hairdresser. No riots… stay between the velvet ropes! Unless you are firebombing federal courthouses, shooting commercial fireworks at police officers, or assaulting people in cars. By the way, shoplifting is A-OK! And rent is optional.

Everybody knows university professors are out of touch. Their job is to think Great Thoughts. Re-segregate campuses on racial lines. Tear down, cover up, or suppress politically incorrect art, speech, thought. In Madison, Wisconsin, they are removing a landmark boulder from campus, at great expense, because someone, about a hundred years ago, may have used a racial epithet in referring to that boulder. Harvard’s new chaplain is a loud and proud atheist (Let that sink in.). Insist that fairness requires women athletes to compete with “twig and berries” athletes who “identify” otherwise. Even at the Olympics.

Still, you expected more of military leaders, but… Abandon the guys who helped us fight for the last 20 years. Overnight. Slander our foreign allies who lost 70,000 dead. Abandon hundreds of billions of dollars in advanced weaponry, aircraft, ammunition, electronics, and military installations to folks who want to kill us. A/k/a bad guys. The same bad guys who also, by the way, want to subjugate the population. Again. And export terror. Again. Meanwhile, the British and the French (the French!!) rescue their civilians, while the 82nd Airborne is ordered to stand down and leave American citizens to their fate. Stupefying. (Unless you know any British or French soldiers.)

“If You Would Only Recognize That Life Is Hard, Things Would Be So Much Easier For You.”
—Louis D. Brandeis

You and I know that the world is a harsh place. Making the right decisions is a challenge. Follow through is tough. We make mistakes. Do things wrong. Take our lumps. Accept responsibility. Apologize. Fix it. And move on. Do better next time. Results. No excuses. Yes, it is difficult. But you do it anyway because that is what it takes. For you. But not for them.

Some folks rise high in academia, corporate culture, and government. Smart people who punched their tickets at Harvard, Yale, and other prestigious institutions. They did work hard to punch those tickets. Scrambling to the top of the heap is not easy, simple, or fair. And now they never make mistakes. They fell into the trap. They believe what is said about them. Surrounded by an impenetrable cocoon of adoring supporters, reality does not bite, it does not even bark.

Military fiasco? Fire the lieutenants, captains, majors. Give medals to the colonels and generals. Political disaster? No worries! If you are of the correct persuasion, it never happened. If they cannot cover it up, biased media will bend over backwards to make excuses. Educational calamity? Cannot read, write, do math, think? Eliminate honor roll. Close “elite” high schools. Erase standards.

Ever wonder how the people doing these things can live with themselves? Puzzling, isn’t it? You do not need me to tell you things are bad. Look out the window. Yes, your news sources are controlled. Directly and indirectly. Mostly by herd instinct. Wrong opinion? Get cancelled. No Tweets for You! No Facebook either. Too bad that some things are too big to cover up entirely. Afghanistan. COVID. January 6. Ongoing riots.

If you failed at your job as enormously as these folks, the “elite experts” fail, you would be on your knees praying for forgiveness. Which is why you never will fail so completely. You have the gift of humility. Humanity.

We all count on one another to grow the food, pump the oil, mine the coal, keep the electricity on, stock the shelves, build the houses, fix the cars, fill the teeth, engineer the bridges, pave the roads, replace the knees, administer the medicine, rehabilitate the sick, research the cures… We work hard, but who’s complaining? The people who are better than you. They are complaining. You annoy them. They must put up with you. They do not like it.

How To Talk To A Science Denier
Conversations With Flat Earthers, Climate Deniers And Others Who Deny Reason
Lee Mcintyre, Mit Press

Unlike some other experts, he wants to talk to you. Show you the errors of your ways. In his book, he “shows that anyone can fight back against science deniers”. Courageous! The professor “use[s] his persuasive powers as a philosopher to convert” you. And he wants to teach like-minded others how to do the same. In his promotional material there is a good bit of blather about dealing with folks like us “calmly and respectfully.” A U of M professor who reviewed the work agrees. She thinks he is a champion of “listening respectfully, discussing science patiently, and fostering interpersonal trust.” Too bad she did not read the book.

Fortunately, our hero is not content with winking to his audience. He drops the mask in the book. You do not have to wonder what he thinks of you, he tells you:

Wow. Way to “foster interpersonal trust”! Just lie to the rubes. They will never notice. Just be polite. Unless you just cannot stand being polite to contemptible idiots who are kind of evil.

“When speaking to them, we should remember that it is an insult to use the word ‘anti-vaxxer.’”

One reviewer then counted “109 uses of the term “anti-vaxx” in the book.” Interspersed with calls to civility are his true feelings. Your skepticism? Nothing more than “ridiculous conspiracy theories and partisan nonsense”. Thank you, professor!

Professor M did do some real field work. Went to an airport hotel. Spoke with Flat Earth Society members. At their convention. Well.

Out of 330 million Americans, he found the few needles in the haystack who think the world is flat. Or at least claim to think it’s flat. Hey, it’s a club. Perhaps a little common sense is in order. Don’t people join clubs for lots of reasons? I have heard of another club claiming direct descent from the stoneworkers who built the pyramids. George Washington was a member. Quick, get the fact-checkers!

But mostly, the good professor deceives himself, and his chosen audience, by describing absurdly extreme caricatures. He then beats up on those false images. COVID deniers. Anti-vaxxers. Global warming deniers. So much denial! Plus a GMO skeptic. Not sure how he fits in.

It is the sort of thing I remember from freshman year dormitory BS sessions at Notre Dame. Supreme confidence. Argumentative skill. Closed mind. Strawman Fallacy in Technicolor. Or Kodachrome.

You say, so what? Grifters gotta grift. Academic authors must flatter their audience. One more book catering to “intellectuals’” invulnerable, insufferable notions of themselves as the good and wise. What else is new?

But Professor M has done us a huge service. Without his candid revelations, you might wonder “Just how do they think about us?” The mystery is over. Case closed. The “Let’s talk” psychobabble is an amateurish smokescreen.

This is how the clowns got to lead the parade. We believed what they were saying. But they did not believe it themselves. We were conned. It was always a confidence game. They do not hate you. They do not respect you enough for that. They despise you, you contemptible idiot who is kind of evil.

Look around and see the consequences.

The hour is late. There is no time to complain. Professor M would just write another book. But we are not helpless, and we are not hopeless. Have we faced worse than this? I do not know. What I do know is that it is up to us to make it right, one family, your family, at a time.

What does it have to do with Elder Law? Quite a bit.

The federal government says long-term care awaits 70% of Americans aged 65 or older. Three-year average length of care. And for 1-in-5, that three-year average goes to more than five years. Who pays for this care? You do. You did. Every paycheck. Every health insurance premium payment.

We, the middle class, bear the greatest burden of long-term care. Can you pay $12,000 per month without strain? Congratulations! I’d call you rich. Is paying $12,000 per month a joke because you don’t have two nickels? Don’t worry… we will pay for you.

Does a $12,000 per month bill make you sick to your stomach because it means losing the security of lifesavings? Don’t you wish you had a cottage or cabin to sell. Wouldn’t it be nice if there were an extra car or truck to trade for a month of long-term care? But all you have are the CDs and life insurance you managed to scrape out of the grocery, heating, and car bills. And when it is all gone? Now you are broke. Your choices do not matter. You get what they feel like giving you.

Professor M has done you an enormous favor. Learn his lesson. You thought you were saving for your own retirement and then to offer a stepstool for the next generation. They have other ideas.

LifePlanning™ keeps the American Dream alive. LifePlanning™ rejects Nursing Home Poverty. LifePlanning™ preserves your hard-earned dollars to serve your spouse, you, and the next generations. You earned it. You paid in. You did the right things.

And now they want you broke. Dispirited. Discredited. Dependent. Why do they want you a beggar? Because beggars are easier to please.

Must you go broke? Can you preserve what you have earned, protect what you value? Yes, you can. LifePlanning™ preserves your savings. LifePlanning™ does not create wealth, you did that. I know it wasn’t easy. LifePlanning™ makes the rules work for people who play by the rules. That is you.

Maybe thousands of LifePlanning™ Michigan families are wrong. Perhaps the thousands who have received long-term care benefits while preserving their life’s work are mistaken. It is possible that just want to surrender. Give up. Wave the white flag. That is OK. Personal Choice.

Or maybe the hundreds of millions in homes, farms, and other assets protected by LifePlanning™ Michigan families will preserve and strengthen our middle-class values. For you. For the next generation.

Think about it? Not enough. Those who wish to tear down America are acting. So should you. Find out how. Ask questions. Get answers. LifePlan™ Workshops are available on-line and in person. Don’t look back with regret. Face the future with hope and confidence.

Here’s how you start:

Easy. See you there!