We're here ready to help you with all of your estate planning and elder law needs.
loading...
Carrier Law / Blog  / The Secret of Making Your Grandchildren Honor Your Memory 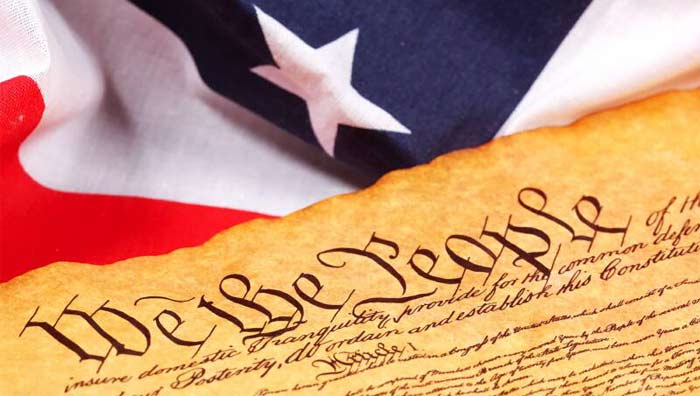 The Secret of Making Your Grandchildren Honor Your Memory

“I Have Not Yet Begun to Fight!”

Who Else Wants Respect & Security?

“Those who would give up Essential Liberty to purchase a little Temporary Safety, deserve neither Liberty nor Safety and will Lose Both.”

Two hundred and forty-five years ago, July 4. John Hancock put his improbable, swooping signature on a single sheet of paper. Over the next few days, 55 more guys signed off. Aged 27 to 70 years old. From all walks of life. That sheet of paper was a death warrant for each man who put his name to it. Fifty-six men, with full awareness, voluntarily agreeing to be pursued by the mightiest military on Earth. And killed if the British could catch them. That single sheet of paper was the Declaration of Independence. Treason against King George. Punishment: hanging by the neck until dead. Serious business.

As each man signed, he was offering up all he had. The Founders pledged “to each other our Lives, our Fortunes and our sacred Honor.” If captured, they could join Nathan Hale in pro- claiming, “I only regret that I have but one life to lose for my country.” Why did these men take the risk?

We do not have to guess. The whole point of the Declaration was to set forth their reasons. The Founders explained how “[t]he history of the present King of Great Britain is a history of repeated injuries and usurpations, all having in direct object the establishment of an absolute Tyranny over these States.” No room for doubt. About the stakes. Or the remedy. Quite clear.

When John Hancock signed the Declaration, the America Revolution was already more than a year old. For six more years, Americans would fight to secure for themselves and for us, “certain unalienable Rights, that among these are Life, Liberty and the pursuit of Happiness.” Like the troops who stormed Normandy on D-Day, they knew what they were getting into. And went anyway.

You know, as I do, that respect and security, the blessings of liberty, do not come cheap. We do not suffer from the blindness and arrogance of great or inherited wealth. We have only the work of our hands. Our time. Our effort. Striving to create a world for ourselves, our families, our fellow Americans. We may not always succeed in our “pursuit of Happiness.” Still, as you know, it is not the destination that matters, but the journey. Effort and hard work come first, Respect and Security follow. You know that. So do I. It is not easy… who said it would be?

Many Americans (too many?) view Memorial Day as a long weekend, start of summer. An opportunity for cookouts, hotdogs, and s’mores. Unfortunately, Independence Day, to many people, is just Memorial Day plus fireworks. Why not make it different this year? The past year has been a truly bizarre, strange, and unsettling time. Perhaps, in 2021, 245 years after the first Independence Day, we can make it a little more…

Brief review. Three consequences of COVID. Using Harvard-approved information. Funded by Bill and Melinda Gates.1 Could the “smart people” have wrecked things worse if they were trying? What would Washington have done if King George had pulled this on the colonists… Three (3) Main Points: Jobs, Small Business, Education.

#2 Small Business: More Government Control, The Worse It Gets

Americans: Willing to Cross a Frozen River. At Night. To Kill You.

In Your Sleep. On Christmas. We’ve Done It.

THESE are the times that try men’s souls. The summer soldier and the sunshine patriot will, in this crisis, shrink from the service of their country; but he that stands by it now, deserves the love and thanks of man and woman.

How much more can middle-class Americans take? Are you fed up with smiling faces telling you all is well yet? Lying to your face. Riots that are not riots? Sick and tired of murder rates jumping by huge percentages in city after city? Have you had enough of the “smart people” solemnly assuring you your desire for safe neighborhoods and secure borders means you are a bad person? Not to mention record-set- ting inflation, gas prices, housing costs. Now is not the time for wishing things were better. It is time to get to work.

Nothing about this will be easy. Not 245 years ago, not today. Back then the enemy was a tyrannical King. Today it is not so obvious.

But you can do it. You, the American middle-class, saved the world before, you can do it again. From Kaiser Bill to Hitler, Tojo, and Mussolini. You did it. Time to do it again. Not with B-17 Flying Fortresses, M4 Sherman tanks, or M-1 rifles. By reinforcing good, old-fashioned American values. Trustworthy. Loyal. Helpful. Friendly. Courteous. Kind. Cheerful. Thrifty. Brave. Clean. Reverent. The work starts at home, with each of us. Time to get to it!

The Only Answer: Middle Class Values
Life-Plan™ Salvation for the Middle-Class

Tyranny, like hell, is not easily conquered; yet we have this consolation with us, that the harder the conflict, the more glorious the triumph. What we obtain too cheap, we esteem too lightly: it is dearness only that gives every thing its value. Heaven knows how to put a proper price upon its goods; and it would be strange indeed if so celestial an article as FREEDOM should not be highly rated.

The rich do not need me. The poor I cannot directly help. That leave the middle-class. It is the middle-class savers, workers, builders that I can help. You get that bill: your guts turn to water, you are about to puke and you are desperately searching for a place to sit down. Relax! Your LifePlan™ will take care of it. You saw the signs: 70% need long-term care services. One in Five need long-term care services for more than five years. You rejected nursing home poverty. You choose the path of reasonable optimism, while guarding against the potential downsides. Hope for the Best, Plan for the Worst.

The LifePlan™ approach is the least expensive, most effective solution to the harsh reality of long-term care. You opened your eyes when faced with long-term care costs. Accepted reality. Refused to allow your lifesavings evaporate like a snowflake on a hot griddle. Recognized the reality of the caregiver spouse dying first, almost half the time and fixed it. Rejected nursing home poverty.

Sitting there with the nursing home bill in your hand, you say, “Coulda, shoulda, woulda… And now it is too late! Maybe that LifePlan™ Workshop or Webinar would have been a good idea.”

It is never too late. There is nothing inevitable about losing your home, cottage, business, lifesavings, independence. Planning is the best route, but not the only one. Even if the dementia diagnosis was your wake-up call. Even if your attention was finally focused by the slip and fall broken hip. Do not give up the ship! It is never too late for you to be the hero… to fight and win!

Not Chance, Your Choice
Uncover The Elephant!

There is nothing inevitable about nursing home poverty. Peace of mind and security are waiting for you. Right now. It is a choice. Despite what “everybody else” says. Despite their attempts to disguise the elephants in the room. For over thirty years, people have told me, “I’ve never heard of this before!” “If this is real, why doesn’t everyone do it?” “My lawyer/financial advisor/brother-in-law/accountant/tax person/banker/best friend/fill-in-the-blank never said anything like this…”