We're here ready to help you with all of your estate planning and elder law needs.
loading...
Carrier Law / Blog  / Thanksgiving 2021… What Went Wrong? 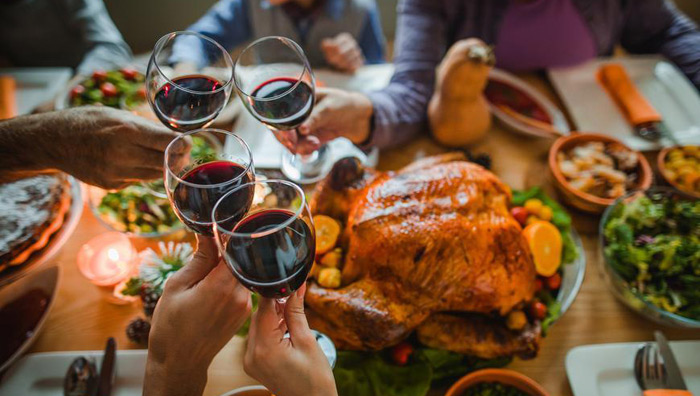 Gratitude Is Not Only The Greatest Of The Virtues,
But The Parent Of All Of The Others

In 1863, Abraham Lincoln proclaimed Thanksgiving as a national holiday:

The year that is drawing towards its close, has been filled with the blessings of fruitful fields and healthful skies. To these bounties, which are so constantly enjoyed that we are prone to forget the source from which they come, others have been added, which are of so extraordinary a nature, that they cannot fail to penetrate and soften even the heart which is habitually insensible to the ever watchful providence of Almighty God.

They are the gracious gifts of the Most High God, who, while dealing with us in anger for our sins, hath nevertheless remembered mercy. It has seemed to me fit and proper that they should be solemnly, reverently and gratefully acknowledged as with one heart and one voice by the whole American People. I do therefore invite my fellow citizens in every part of the United States, … to set apart and observe the last Thursday of November next, as a day of Thanksgiving and Praise to our beneficent Father who dwelleth in the Heavens.

So, I guess 1863 must have been a pretty good year, right? Of course, some may remember a certain unpleasantness. Such as 51,000 men killed or wounded at Gettysburg on a few sunny days in July. And then there was the Battle of Chickamauga in September. Only 35,000 killed or wounded under the changing leaves. Even fewer died or were wounded in early May at the Battle of Chancellorsville: a mere 30,000 young men. Dead or maimed. And the year started out the same way, with 25,000 men and boys dead or hurt at the Battle of Stone’s River (Murfreesboro) on New Year’s Day. And for every battle death, 9 or 10 more soldiers and sailors died of disease, over 300,000. And the war and slaughter would continue for another couple of years.

Would it help to give a little perspective? In 1863, there were only about 32 million Americans. Now we have over 332 million. That means, given today’s population, the casualty counts and death tolls would be more than 10 times as great.

Yet in 1863, the gratitude was not ironic, or phony, or fake. These were the Americans who sang “The Battle Hymn of the Republic” and meant it. Despite the great national upheaval. Death all around. Future unknown and unknowable. Still, it was America and Americans found time for genuine Thanksgiving.

In 2021, our leaders proclaim… what? Blame? Recrimination? Mandates? Does the solution to our problems really lie in borrowing trillions of dollars from our children and grandchildren?

In 1863, America was in torment. America’s best were busily killing and maiming one another. With new and improved weapons and tactics. Unprecedented and never to be repeated carnage. Why? For a new birth of freedom. To make good the promise of the Declaration of Independence and the Constitution. To atone. To keep the promise.

In 2021, America is in torment. But of a different kind. Yes, inflation is at a 30-year high. Gas prices up 50%. Home heating fuel up 100%. How is any of this good for working families? Who is celebrating?

Does anyone honestly believe riots and bombing small businesses and federal courthouses lead to freedom? Who truly thinks floods of reckless money printing will cure inflation? What fool advocates choking off America’s energy independence and relying on sheiks and commissars to save the planet from… anything? Why has encouragement of division, blaming, scapegoating, and poverty taken the place of grace, goodwill, gratitude, and appreciation? Can you believe that we are being led to peace or justice?

And Yet So Much To Be Grateful For

Small business has been decimated. Huge burdens imposed by shutdowns and capricious government orders. But still. There are more jobs at higher wages than ever before. Why isn’t this the best of times? Why are we not grateful? Who benefits from our division? Where is the profit in America’s decline?

Gratitude Is A Universal Value, An Eternal Good

Across cultures and religious traditions, from ancient times, people have given thanks. As Cicero, thousands of years ago, observed, all virtue begins with and flows from gratitude. Let’s not forget that. Ever.

Thankful People Are A Blessing To Themselves And Their Families

There is nothing inevitable about losing your home, cottage, business, lifesavings, independence, security. All of that is a choice. Despite what “everybody else” says. For thirty years, people have told me, “I’ve never heard of this before!” “If this is real, why haven’t I heard of this before?” “My lawyer/financial advisor/accountant/tax person/banker/best friend/fill-in-the-blank never said anything like this…”

Well, here you are. So now you know. No excuses. Now it is your turn. To ignore the message. Invite poverty. Or get the freely offered information. To make wise decisions about your life. And that of your loved one.