We're here ready to help you with all of your estate planning and elder law needs.
loading...
Carrier Law / Blog  / Some States Break Constitutional Rules 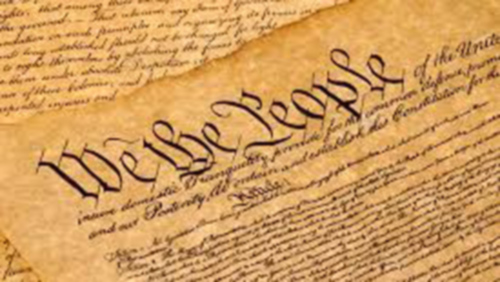 Should Other States Call Them Out?

Do You Play By The Rules?

Most middle-class folks play by the rules. We get to work on time. We do the job. Trustworthy. Loyal. Helpful. Friendly. When things go wrong (as they always do!), you fix it.

Other people cut corners. Leave early. Fake it. We all know some. On the job. On the softball team. In our own family. Even at church. How can you respect them? Sure, you can pretend that cheaters are the same as honest folk. For a time.

We do not go picking fights. Live and let live. But doesn’t there comes a point…? When is enough, enough?

Who Made The Rules?

In America, We The People, make the rules. Starting with the Constitution. And on down the line. Most places, it is the powerful who make the rules. Regular folks obey. Or else. Not here. Not yet.

Here, you and I make the rules. For over 240 years, our American system for making and playing by the rules has worked. Better than anything else ever tried. In history. More freedom, more wealth for more people. Look it up. Therefore, naturally, some want to wreck it. By any means necessary.

In the meantime, people like us accept the rule of law. We do not throw tantrums when we lose. We work harder. We keep the faith. We work within the system. Especially when dealing with cheaters.

What does the Constitution say about presidential elections? It is simple:

Each State shall appoint its Presidential Electors in such Manner as the Legislature thereof may direct.
U.S. Constitution, Article II, § 1, clause 2

We The People, through our Legislature make presidential election rules. All on the up and up. Constitutionally.

Should the Governor, Attorney General, state or federal court judges or anybody else change those rules? In the middle of the game? How is that fair? How is that Constitutional?

You go bowling. In a league. According to the League Rules. Your team signs up. Pays up. Shows up. Plays all season. On to the Championship!

Then, the Championship host bowling center changes the League Rules! One time only. They say. For this game only. For “fairness” the other team gets gutter guards. No foul lines. Balls with a three-foot diameter. Not your team, of course. Only the other guys. And then…

They win! New Champions! Amazing! No practicing. Never won anything before. Beat the odds! Pictures in the papers and on TV. Cinderella Story! Wow! Congratulations!

Really? Does complaining make you a bad sport? You are so awful! You want to “throw out” “overturn” “reject” the Championship results. Well.

At last count, 18 states are complaining. To the United States Supreme Court. The ultimate umpire. Eighteen states say that governors, attorneys general, or other state officials changed the rules in the championship round. You may not have heard of it. Online, social media actively suppress this information. And say so. But the truth is out there…
[Editor’s Note: It is now up to 19 states.]

Journalism is all about covering important stories.
With a pillow, until they stop moving.
Paul Burge, Iowa hawk

We Will Stop Complaining

What if the Supreme Court says no harm, no foul? We will accept it. That is our system. We built it, we love it, we will live with it. But when did complaining about unfair stuff become un-American?

Making The Rules Work For The Folks Who Play By The Rules. Results Not Excuses.

Another unknown reality is that most folks eventually need long-term care. Rules determine whether you keep any of your lifesavings. At home care or an institution? What do the rules say?

Or you can rely on government wisdom and good faith.

Talk to Us Today. Get Answers Now. “What could it hurt?”