We're here ready to help you with all of your estate planning and elder law needs.
loading...
Carrier Law / Blog  / Shocking Fact From Planet Earth: Magic Is Not Real 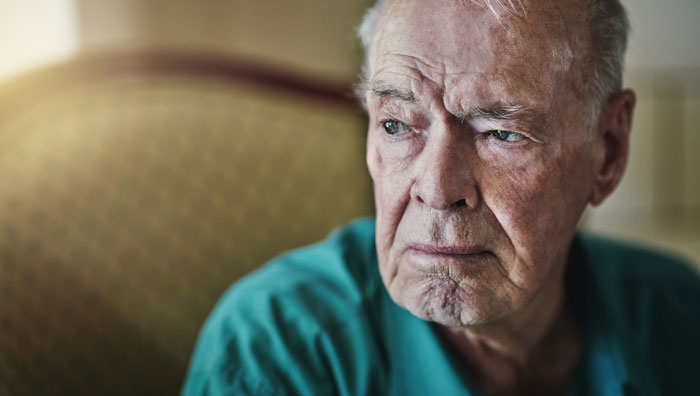 Shocking Fact From Planet Earth: Magic Is Not Real

Multi-Verse Of Madness? A Random Walk Through The Valley Of The Shadow Of Incompetence

The Original Three Stooges, At Least, Were Funny

Why is our world run by 3 old men with health issues and questionable mental capability? Three geezers with sufficient atomic and hydrogen bombs to erase humanity? Two of them with sugar plum visions of long-lost imperial splendor dancing in their heads. Willing to slaughter other folks wholesale. Two greedy, stuffed-up potentates. Dozens of minor characters in supporting roles have similar grandiose cloud cuckoo land delusions. Complete the picture with a cast of thousands eager to murder for earthly paradise.

Is it surprising that totalitarian tyrannies spew forth thieving tyrants? Isn’t that pretty much what they do? Murder, conquest, plunder, looting, and pillaging are part and parcel of the tyrannical deal. Successful crime proves that the “mandate of heaven” rests on the tyrant.

A couple hundred years ago, a few, very few, people decided to chart a different course. To depend on one another. And vigorous, unrestrained debate. Government based on the consent of the governed. A radical idea that regular folks had something to say. A nation free of tyrants. Composed of free people. Thinking, speaking, and acting freely. Naturally, “smart” people have been desperately fighting against this dangerous idea ever since.

The good and the wise know that too much talking is bad for the peasants. Commoners need a Ministry of Truth, Commission for the Public Good, Ministry for the Promotion of Virtue and Prevention of Vice, “Disinformation Governance Board.” Intellectual leading lights from Ivy League universities must ensure you do not think the wrong thoughts or say the wrong words. Or hear anyone who does.

Can the third decrepit old gentleman really be blamed for much of anything? As a two-bit grifting politician, he sold out for cheap long ago. Enabling family members’ dirty dealing with foreign countries and powerful corporations. Selling influence and access. Kickbacks to the “big guy”. Penniless politician to Bruce Wayne multimillionaire. His only surviving son condemned to a maelstrom of drugs and paid-for sex. Pitiful really. Charley McCarthy in the White House. Merely a marionette. Pathetic puppet, dancing to strange tunes.

Yet this superannuated reprobate has performed a valuable service. He proved the obvious: when America retreats, tyranny fills the void. Ask Finland. Ask Sweden. Two countries with centuries of neutrality. Comfortably secure under the American umbrella. Until now. Today they frantically clamor to join the NATO Neighborhood Watch.

Harry Potter Is To Blame!
Or Maybe It Is Doctor Strange’s Fault

Beats bad guys up. Even Superman had the whole red sun/yellow sun science explanation for superpowers. Not anymore. Today superheroes are all magic.

Have you noticed that magical thinking has taken over? Men become women by simply saying so. You don’t even need a fancy spell. Or surgery. Why tampons in the Mens Room? Because men now menstruate. And give birth. How does a man have ovaries and a uterus? Perhaps it helps to start as a woman. Astounding new world records in women’s sports? Perhaps starting as a man helps. Not even Supreme Court Justices can tell the difference. Abracadabra indeed!

Imagine an old, broken-down horse. Shabby. Weak. Shuffling. Re-living its days as a foal. Kept around from pity. Would you enter that horse in the Kentucky Derby? Or the county fair? You might if you believed in the power of magical thinking. You would just tell yourself, and everyone else, that your nag is really a thoroughbred racehorse at the peak of its powers. And if anyone disagreed, you and your friends could shout them down. Fairness requires hobbling all the other horses, since their actual talents and abilities are “unfair” to the nag. Who would enjoy such a race? What would the outcome be?

Is it ridiculous to think that magical thinking in the real world leads to disaster across the board? Would you like to drive across a magical bridge? Live in a magical apartment house? Why not? It’s only fair.

BASIC PRICE INFLATION. In April 2022, the United States failed to set a new 40-year record high for inflation. At least it stayed above 8%, though, so all of you buying groceries on your credit cards… keep it up, you will have to…

Ivy League Necromancers first blamed the magic inflation on too many people buying treadmills. Then Congressional Conjurers claimed it was temporary. Next Sorcerers Senatorial blamed it on Russia’s Mad Monk Rasputin. Now our trusted Thaumaturges assert something else, but frankly, we have lost track.

Good News! The Ginger Oracle’s Replacement says Inflation will be cured! By raising taxes. We swear we are not making this stuff up. Here is what the federal Bureau of Labor Statistics says:

MORTGAGE INTEREST RATES. Mortgage rates continue to astonish, but the American Dream lives! “Homebuyers continue to show resilience even though rising mortgage rates are causing monthly payments to increase by about one-third as compared to a year ago,” said Sam Khater, Freddie Mac’s Chief Economist. Thank you, Sam! Great to see our public servants serving the public!

Hey Home Sellers! Interest rate increases caused monthly payments go up by ONE-THIRD… Could HOME PRICES be affected? What do YOU think? Can you pull a Homebuyer out of a hat? You may have to…. 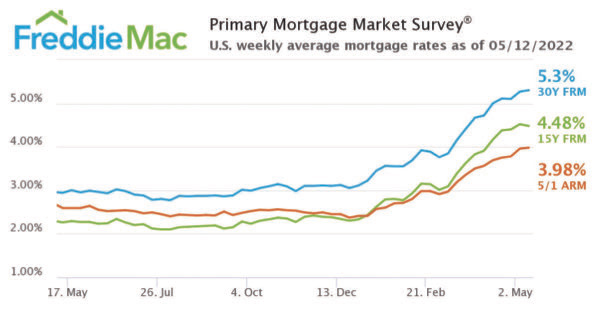 ONE MILLION DEAD FROM ELDER PLAGUE. Do you remember a politician who claimed he would stop COVID? Neither does the Washington Post. Or New York Times. Or the politician himself. He even forgot he was vaccinated. Oh well. Elections are supposed to be magic!

According to the Centers for Disease Control and Prevention, more than a MILLION AMERICANS have died from the virus of unknown origin. Widespread hysteria about the kids was manufactured by people who did not go to work, but still got paid. Fortunately for the children, the virus of unknown origin DOES NOT (hardly at all) KILL KIDS, but it is deadly to older folks. Almost exclusively.

From the very beginning the Reporter has described COVID as the “Elder Plague.” And that has NEVER changed. Here’s the current official CDC chart. Notice anything about deaths among kids ages 0-17? 0-29? 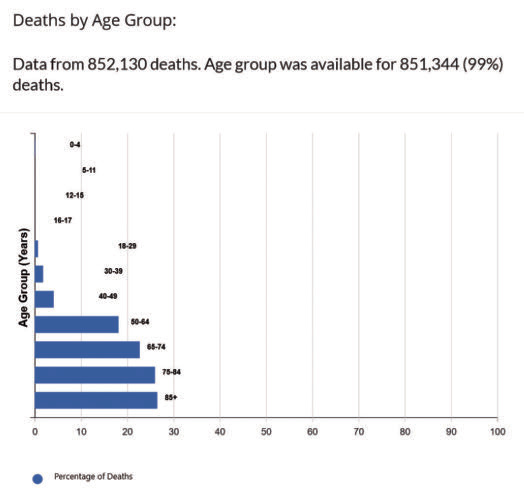 NEW RUSSIAN BEACH FRONT RESORT. In Ukraine, on the Black Sea, is a steel plant. You may have heard of it. Bombed for months. Blasted to smithereens. Now your best Russian friend and mine, Crazy Vlad, is repurposing this fixer-upper opportunity as beach resort. Come for Time Share Presentation, leave with new set of steak knives! Wow! Magic solves everything, no?

TOP 10 AMERICAN THEME PARKS. Because inquiring minds want to know, USA Today, a “newspaper” asked regular folks which were the BEST THEME PARKS. #1 is an aquarium which used to have whales in a tank, but not anymore. Winners include a brewery-sponsored park, another that smells like chocolate, and two with country music themes. But the “Happiest Place on Earth” was shut out. Maybe normal folks have had enough of rich people insults. Maybe, finally, “Ladies and Gentlemen! Boys and Girls! Children of All Ages!” isn’t the only thing headed for the garbage dump. Did they think they could magically wish away their customers? Guess so!

Why Can’t You Live In The Magic Kingdom?

Why are the magical thinkers so unhappy? Why does everything they touch turn to crap? Why are they angry? Why are they unable to hear anyone but themselves?

Are you opposed to living in the real world? Are you against your actions having consequences? Do you live to blame other people for your own faults and failings? Do the real abilities and accomplishments of others fill you with jealousy and rage? Are you so special that the world owes you a living? Are you a precious snowflake that all must admire? Are you happy and secure in your own talents and abilities and appreciative of others? Does Magical Thinking work for you? Do you think it would work for your kids?

Is it ridiculous to think that primitive humans, whose lives were “solitary, poor, nasty, brutish and short,” were still more grounded in reality than the politicians, intellectuals, and other talking heads who insist on one absurd foolishness after another?

It is a blessing to be middle class. No one worships you. You do not inspire fear, anxiety, or dread. Others will tell you the truth. And demand truth from you. We have our challenges to be sure. And the good news is that we are not surrounded by toadies lying to us about those challenges. Lucky you! Lucky me.

Avoid Probate, Save Taxes, Get To Kids? And When You Die Broke, Drained By Long-Term Care, Probate Is Irrelevant

Traditional estate planning is supposed to avoid probate, save taxes, and dump your leftover stuff on your beneficiaries. After you die. Nobody cares what happens to you while you are alive. How does that help anyone? Stupid.