We're here ready to help you with all of your estate planning and elder law needs.
loading...
Carrier Law / Blog  / Shipwreck Hero or Victim? Which Are You? 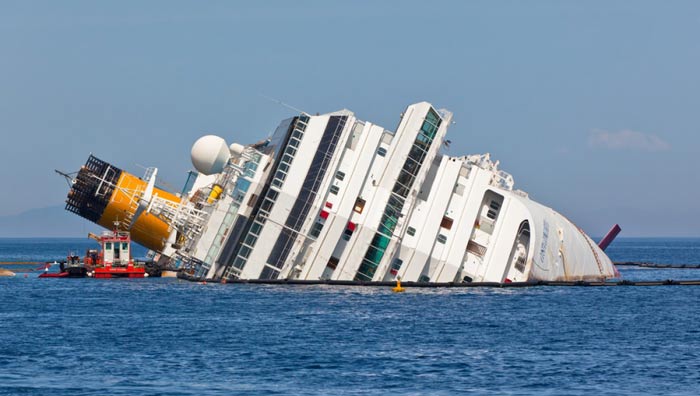 Shipwreck Hero or Victim? Which Are You?

WOULD YOU SURVIVE DISASTER? WILL YOUR FAMILY FINANCES SURVIVE LONG-TERM CARE?

Faced with Catastrophe, What Will You Do?

It was a dark and stormy night. Steaming through the crashing waves are two ships. A swinging Greek cruise ship, the MTS Oceanos, was partying in the Indian Ocean, off the Wild Bay of South Africa. The other was a workaday Eastern European ferry, the MS Estonia. Making its daily rounds in the Baltic Sea, heading for Stockholm. Both crammed with passengers. Each with a hidden secret. Within 24 hours both ships will be on the ocean floor. Sunk.

On both ships, hatches gave way. Bitter cold salt water rushed in. One ship’s captain and crew stayed with their vessel. On the other, the professional sailors immediately abandoned ship. And the passengers.

By dawn tomorrow, 852 people aboard one of these ships will be dead. Only the Titanic caused more death. Drowned. Buried at sea. No rescue. Recovery operations. Few survivors.

But every passenger on the other ship will soon be reunited with family and friends. Happy. Healthy.

Perhaps with an increased sense of gratitude for each new day. Each with a fascinating story to be told and retold. And a lifetime for the retelling.

Professional disaster specialists and rescuers were amazed at both outcomes. Very unusual for a disaster to claim so many victims. Or for every possible victim to escape.

What made the difference? How can you benefit from this hard-won knowledge?

Aboard MS Estonia, the captain and crew remained in command. Professional sailors advised the passengers. Hold your positions! Too dangerous

in the water. Safer on the boat. So, when the ship capsized, the obedient 852 were trapped beyond rescue. Drowned.

Not everybody listened to the professionals. About 240 people disregarded this advice and jumped for it. That’s why there were 137 survivors to tell the tale.

At the first sign of trouble, captain and crew of the MTS Oceanos took to the lifeboats. Failing to inform the passengers or the musicians, magicians, mimes, and other entertainers. Racing to the ship’s bridge, they found the wheelhouse empty. Not a sailor in sight.

The cruise director quickly organized the rescue. Although her previous experience was limited to organizing shows, buffet lines, and shore excursions, she took charge. Eagerly supported by her traveling troupe. And the multitude of merrymakers.

When morning came, all had survived.

Conventional Wisdom or Get it Done?

Unbelievable that the conventional wisdom could be so wrong? Everybody said “Sit tight! Do nothing!” Those folks died.

Crazy to follow the tour lady. “What does she know?’ “That guy’s the guitar player and the magician sawed that gal in half!” “Follow them?” Yes! And that’s why everyone survived.

Everybody says, “Don’t worry. Somehow long-term care will take care of itself.” That is how families go broke every single day.

Will you sit tight? Or take action? It is a simple choice. It is your choice.