We're here ready to help you with all of your estate planning and elder law needs.
loading...
Carrier Law / Blog  / Mail Bag Of Madness! 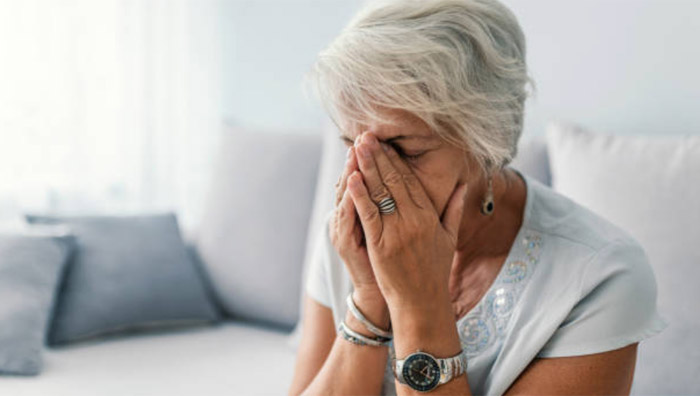 Truth Stranger Than Fiction… Could We Make This Up? Who Has That Much Imagination?

How are you enjoying the non-recession? What do you think of the non-war in Europe? Have you heard about the non-raid on the 45th President’s house? At least this non-winter weather remains warm…

Gosh! Suddenly, things are getting better! They tell us inflation is down! Gas prices are down, so they say. Those unbiased, helpful, informative TV Experts® are telling us so! And here’s proof:

But wait a minute! TV Experts say “Gas Prices Are Coming Down!” Here’s proof from the U.S. Energy Information Administration (Your Tax Dollars At Work): 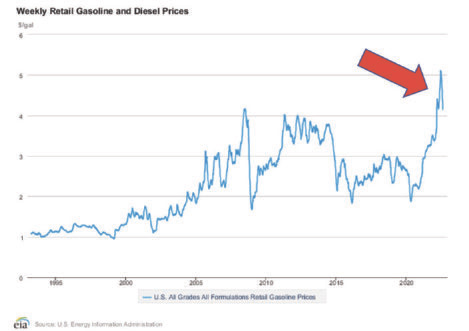 See over there by the big red arrow? Gas prices coming down! Still the highest in 25 years, except for the last couple of months… Buy hey! Whaddaya want? Eggs in yer beer? Stop complaining, you complainer!

Maybe you might want to think about considering some other numbers from the U.S. Energy Information Agency. 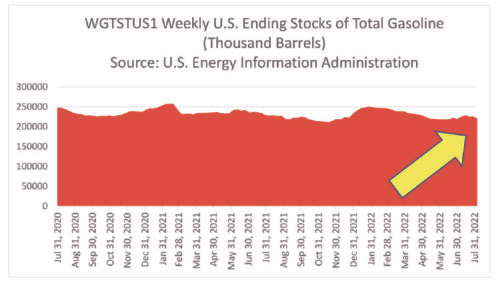 Remember July and August of 2020? Global pandemic? Surely you remember the virus that definitely did not come from a country that shall not be named. Ringing any bells? Well, there was this wholly natural pandemic, not a bioweapon at all, with no funding whatsoever from Dr. Fauci. To selfishly satisfy their grandiose delusions stop the spread, follow the science, and be good people, American popinjays desperately seized sweeping dictatorial powers public servants reluctantly assumed limited emergency measures. Which tanked the most successful economy in world history. Millions of newly working Americans were thrown under the bus. Economic growth ground to a halt. People stopped driving.

And yet, during this horrible time in 2020, Americans demanded and used more gasoline than in July and August of 2022. That’s what the gummint’s own numbers say. What does it mean?

Perhaps it means that there is even less economic activity now than during the height of the mysterious killer flu. When demand goes away and supply remains, prices go down. Our Dear Leader in D.C. has flooded trillions of Monopoly Money™ dollars into the economy. Other Really Smart Folks in D.C. just voted hundreds of billions more phony baloney bucks in giveaways.

It is bad enough to pump up inflation with fake currency. Inflation is demoralizing. Inflation robs the middle class of our desire to build and save. But this evil legislation also kicks the legs out of anyone trying to build their own business without being an employee. It kills the American Dream, then mutilates the body. Awful.

But Didn’t Inflation Go Away?

Nope. Producer Price Index shows that soul- robbing, wallet-snatching, budget-busting inflation will be with us for quite a while. 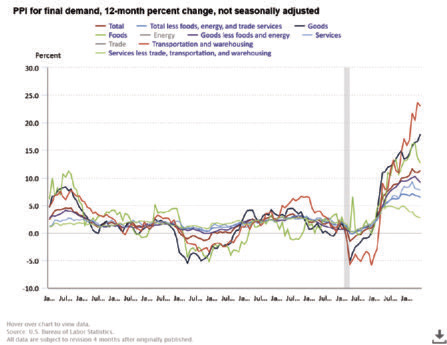 But surely the Consumer Price Index tells a different tale? Not according to the Bureau of Labor Statistics. 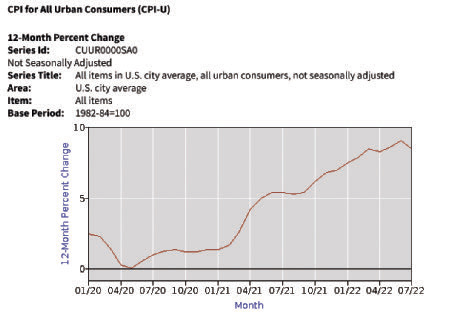 Despite all the crowing about gas prices and slowdown in the rate of increase of inflation, the bitter truth is that our Great Helmsman and his merry band of pirates has flung the ship of state on the rocks! Terrible.

Can you rely on Washington to fix what it has broken? Are the Washington politicians looking out for you? If the government can smash and grab its way into the homes of retired politicians, and seize property from currently serving elected officials, what hope is there for you? Unless you shut up and knuckle under…Is this the America where you grew up? Is this the America you thought you were living in? Me neither.

The way out. Perseverance in basic virtues: compassion, honesty, caring, friendship, personal accountability. Maybe these simple things can be the foundation stones, as they have in the past, for a new birth of freedom. How can we refuse our duty, our responsibility?