We're here ready to help you with all of your estate planning and elder law needs.
loading...
Carrier Law / Blog  / Is Now A Bad Time To Get Started? Are We Living In Crazy Times? 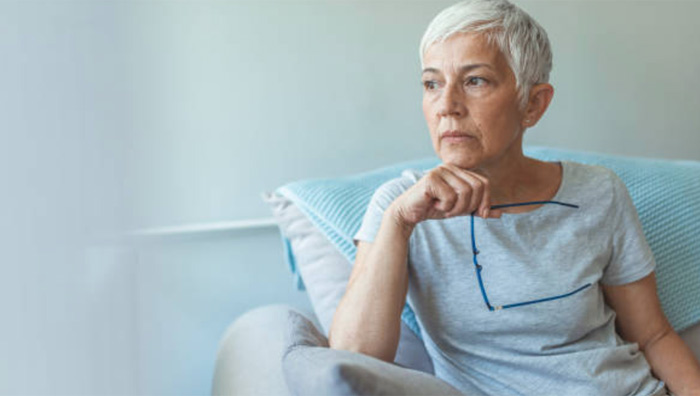 Is Now A Bad Time To Get Started? Are We Living In Crazy Times?

What If All Times Are Crazy Times?
Does The Battle Against Crazy Ever End?
Have You Given Up On The Fight?

Over? Did you say “over”? Nothing is over until we decide it is! Was it over when the Germans bombed Pearl Harbor? Hell no!
Where’s the spirit? Where’s the guts, huh? “Ooh, we’re afraid to go with you Bluto, we might get in trouble.” Well just kiss my ass from now on! Not me! I’m not gonna take this.
—Bluto Blutarsky, Animal House, 1978

I’m as mad as hell and I’m not going to take this anymore!
—Howard Beale, Network, 1978

When the going gets tough, the tough get going! Why accept their judgment? Have they demonstrated competence? Do they show kindness? Class? Intelligence? Is it really up to “them”? Are you against middle class values of thrift, charity, authentic generosity? Should we give up without a fight? It is a free country. You choose.

Remember when you were younger? There was always one obnoxious kid who tried to boss everyone else around. The question for that kid was: “who died and left you king? [or queen?]” Seems like those kids all went to Harvard, got fancy degrees, and have not changed a bit. Can’t leave well enough alone. Can’t shut up. Always talking. Always ruining everything for everyone else. Isn’t it time to ask: who died and left you in charge? Cause it certainly wasn’t us!

Is now a bad time to make good changes? Is it a ridiculous idea to think we can take our country back and joyfully continue the work of keeping the American promise for everyone? Are you against peace, love and understanding? Have we given up on the ideas of Thomas Jefferson and Martin Luther King, Jr.? Have we given up?

Do you wonder why our politicians prey ruthlessly on our divisions? Do they all hate America? Why? Why the gleeful, self-satisfied, smug rush to embrace every crackpot idea that “proves” America is, and has always been, evil? What psychological diagnosis is there for people who abandon self-respect for self-hate? Were they unloved or over- indulged? Who told them they were so precious? Who saved them from real work, blisters, sweat, fatigue? Why did they never learn to build? Why do they rejoice in destruction? How does other folks’ suffering make them feel better? Where did they come from?

Is this all Doctor Spock’s fault?

Actions have consequences. Eliminate low-wage substitutes for American workers. Surprise! More Americans are working than ever. Flood the country with low-wage substitutes for American workers. Amazing! Labor force participation plummets to new lows. Inflate the money supply by trillions of cheap dollars. Shock! Prices for everything skyrocket. Pay people more money to stay home than to work. Astounding! People stay home instead of work. Cowardly retreat from honorable commitments. Incredible! Other countries now think we are dishonorable cowards. And act accordingly. Set up a super- secret laboratory in a busy city to research disease viruses moving from animals to humans. Unexpected! An outbreak of disease viruses moving from animals to humans in that same busy city. There are none so blind as they who will not see.

Are You Qualified To Be An Elite Leader In 2022?

Nothing New Under The Sun

An American statesman recently proclaimed:
[I]n addition to honesty, we need sanity. [T]he wild preachers of unrest and discontent, the wild agitators against the entire existing order, the men who act crookedly, whether because of sinister design or from mere puzzleheadedness, the men who preach destruction without proposing any substitute for what they intend to destroy, or who propose a substitute which would be far worse than the existing evils—all these men are the most dangerous opponents of real reform. If they get their way, they will lead the people into a deeper pit than any into which they could fall under the present system. If they fail to get their way, they will still do incalculable harm by provoking the kind of reaction which, in its revolt against the senseless evil of their teaching, would enthrone more securely than ever the very evils which their misguided followers believe they are attacking.

Who was this brave, courageous commentator? Who would dare to point out the insanity of those “wild preachers of unrest and discontent”? Surely, he will be banned from Twitter, Facebook, and all other modern forms of communication. Who are the people that “act crookedly” and “preach destruction”? Hiding their faces with black masks, they “propose a substitute which would be far worse than the existing evils…” “do[ing] incalculable harm.”

So, who was it that braved the cancel culture to tell the truth?

It was Theodore Roosevelt, president of the United States, on April 14, 1906. One hundred and fifteen years ago. Did Teddy Roosevelt solve the problem of destructive, insane, dishonest “wild agitators”? No.

There is no final victory. With other good- hearted Americans, Teddy fought the battle of his day, one hundred and fifteen years ago. Our beloved land has seen these sorts of folks before. We have confronted them. We have beaten them. Again and again. But like the shingles virus, they hide. Then they come back like a painful rash. Biding their time. Persistent. Waiting. Sneaky. When we least expect it. Bang! We cannot let them win.

It is not the critic who counts; not the man who points out how the strong man stumbles, or where the doer of deeds could have done them better. The credit belongs to the man who is actually in the arena, whose face is marred by dust and sweat and blood; who strives valiantly; who errs, who comes short again and again, because there is no effort without error and shortcoming; but who does actually strive to do the deeds; who knows great enthusiasms, the great devotions; who spends himself in a worthy cause; who at the best knows in the end the triumph of high achievement, and who at the worst, if he fails, at least fails while daring greatly, so that his place shall never be with those cold and timid souls who neither know victory nor defeat.

Middle-class folks, regular people, ordinary Americans. You show up every day. You do the right thing. You work hard. You are grateful for blessings. You endure suffering. You see the job through to the end. Satisfaction does not come from false claims of historical persecution. Contentment is recognition of difficult work done well. Without complaining. Without victimhood. With charity for all and malice towards none.

We live in complicated times. Government has grown far beyond any monstrosity Teddy Roosevelt could have dreamt in his most horrifying nightmares. This is our challenge. We cannot fight it with blood, sweat and tears alone. We must win on the playing field we did not choose. We must use the legal tools that are available to everyone. Have you given up on winning?

Will We Let Them Destroy The Middle-Class?

Most folks want to live and enjoy life. Do you want to go broke? Do you aspire to obscene wealth? Is it ridiculous to think that you could work and save, living frugally but comfortably? Are you against passing on some of your surplus to the next generation?

Perhaps actions speak louder than words. Would you be viewed as a success if you died a victim of nursing home poverty? If your lifetime of work and savings were gone in a matter of months? If you had no ability to help your loved ones? Or yourself?

Can middle-class people afford skilled nursing care at $10,000 to $15,000 per month? Should middle-class taxpayers pay more taxes, so others do not have to work? Is it unfair for middle-class Americans to expect some sort of safety net from all the tax dollars they have paid? Is it wrong for working people to choose a higher level of care over a night gambling at the casino?

Middle-class workers go broke every day through long-term care bills. Others, who did not save, get services without charge. Middle-class folks do not begrudge the less well-off the care that they need. But why can’t middle-class folks get the same deal? Why do they have to bankrupt themselves? And their families. And sacrifice generations of patient, pay-it- forward toil?

Is it possible for you to enjoy the peace of mind and security you have earned? Does government make it easy? Are you against finding out how to benefit yourself, your spouse, your family?

It is your choice. Poverty is not inevitable. Your decision.
No Poverty. No Charity. No Waste. It is not chance. It is choice. Your choice.