We're here ready to help you with all of your estate planning and elder law needs.
loading...
Carrier Law / Blog  / Happy Father’s Day To Lou Carrier | 96 Years And Going Strong 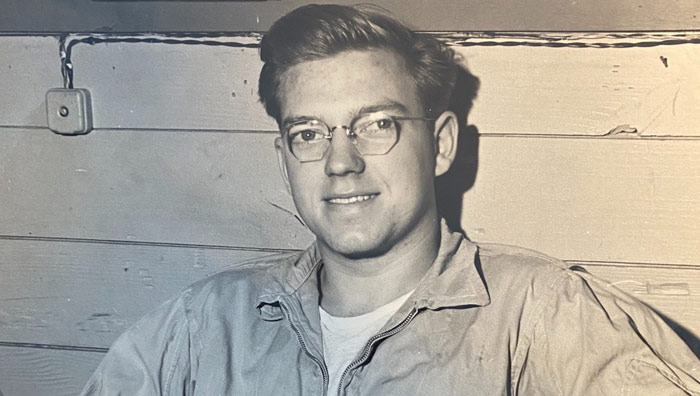 If you are like me, you have had many influences in your life. Some good, some bad. But we each have a few folks whose example and experience outweigh all the rest. Within the framework of Father’s Day, I hope you will bear with me as I reflect on my own Dad.

Dad was a younger one of six children. Raised in a strict household where French was still the first language. The children began boarding school in the first grade. Girls with the nuns at the convent, boys with the brothers at the monastery. Working in the family business, a laundry, early on.

Still in high school when World War II broke out, Dad enlisted in the Navy, following his older brother, a PT boat officer. Dad rose to become a “Photographer’s Mate, Second Class.” I have his photos of FDR and ordinary sailors. Aircraft carriers and plane crashes. Aerial reconnaissance and portraiture.

Dad’s boss, commander of the Naval Air Station, Philadelphia, was pleased with his portrait. So pleased that no disciplinary action was taken after an incident that involved Dad parachuting from a perfectly good aircraft. Early on Sunday morning. To see what it was like.

Work And Family; Family And Work

After the war, he worked his way through college as a wedding photographer. Raising a family (eight of us kids), he taught at an inner-city school by day. Got home for a nap at 3:30. Dinner at 5:30. Off to the local Narragansett brewery to punch in at 6 pm, punch out at 2 am. Another nap. Up and at ‘em at 6:30. Sixteen hours a day for sixteen years. Quite an example.

Dad did not loaf around on weekends, either. Between his woodwork shop and photography darkroom, he kept making and creating. Busy. And he kept his oldest son, his apprentice assistant, busy too… running for tools, holding stuff in place, “helping.” Quite an experience.

Secure In The Universe… And Beyond

My father is a faithful Catholic Christian. Putting all those kids through parochial school was expensive, but there was no question.

Dad and Mom made it clear that each of us would have to figure out college on our own. At age 10, I had a paper route with my younger brother Mark. Six days a week, it was an evening paper. On Sundays, Mark and I got up extra early to deliver the morning edition. That paper route was not for “spending money,” it was a college fund. Papers delivered, we would rush home, wash up, and in our Sunday best for 9 o’clock Mass. No excuses. And you had better be in the car waiting for Dad.

Dad has never stopped learning or teaching. Summers, he continued to work full time at the brewery. But with school out, he took college classes for his master’s degree. I was ten years old, but he took me along and parked me in the library. After class he’d try to explain what he’d learned and why it mattered. Even today, you cannot talk with Dad for 5 minutes without him bringing up something new.

All The Dad-Isms Fit To Print

Most of the “Dad-isms” I heard growing up are too pungent to share, but here are a few:

1. Why can’t you be like Wally?! (A reference to the infinitely patient older brother on the Leave It to Beaver TV show).
2. Is this the best of your garden?! (Biblical reference, I think… has to do with Cain and Abel, first fruits of labor and that sort of thing).
3. Are you waiting for a personal invitation?! (In a family of 11, mom, dad, 8 kids, plus our Irish grandmother, Nana, nobody got a “personal invitation” to anything).

Today, others would judge his methods too strict and without concern for self-esteem. All I know is that he’s got 8 kids and 19 grandchildren, all of whom are doing just fine, thank you!

Like your own father, my Dad fundamentally influenced who I have become. Any drive, determination, or faith I have are echoes of his. My Dad celebrates his 96th birthday this Father’s Day from the family home on Cape Cod. Look him up on Facebook! He’d love to hear from you (if he’s not too busy!).