We're here ready to help you with all of your estate planning and elder law needs.
loading...
Carrier Law / Blog  / As You Look Around… Satisfied By The Status Quo? 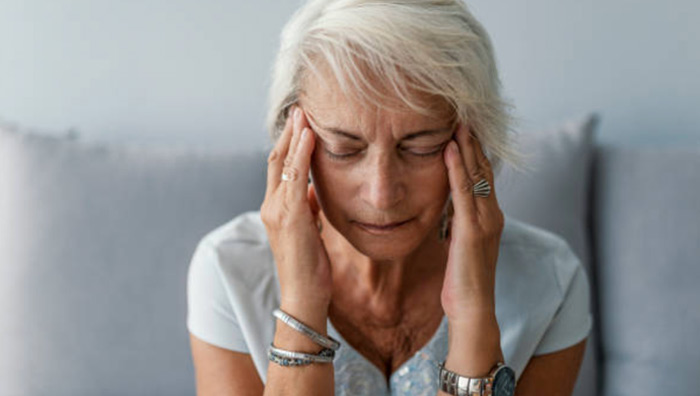 As You Look Around… Satisfied By The Status Quo?

Pleased By Punishing Prices? Gratified By Groveling To Grandees? Have You Given Up On The Idea Of America?

None Of This Is New Or Unexpected: It Is Obvious And Intentional (Also Evil)

Facts Are Stubborn Things: So Are Questions

Inflation. At least they stopped lying about it and admit that skyrocketing prices for just about everything are here to stay. Happy now?

There Is Nothing New Under The Sun

5 The sun also rises, also does it set, And hastens to the place where it arose.
6 The wind whirls about continually, And comes again on its circuit.
7 All the rivers run into the sea, Yet the sea is not full.
9 That which has been is what will be, That which is done is what will be done, And there is nothing new under the sun.
11 There is no remembrance of past things, Nor will there be any remembrance of things that are to come.
—Eccliesiastes 1:5-7,9,11

Is there any mystery as to how we got here or how to get out? Is the world too complex? Should we simply run away? But where would we run to? Is surrender the answer?

“There are no easy answers, but there are simple answers. We must have the courage to do what we know is morally right.” Ronald Reagan. How do we know what is morally right? This is not a new question. The answers are not new either.

Is it ridiculous to recognize that humans today are the same as humans two thousand years ago? Same temptations. Same ways of getting it wrong. Doing evil.

Same aspirations. Living a good life. Finding meaning in the world. Getting it right. Doing good.

Do you hear preachers these days talking about the time-tested seven deadly sins? Are today’s preachers correct that everything is okay? Have good and evil gone out of style? When? Is it a good thing that preachers are most intensely concerned about current social theories about which skin color group is to blame for the misery of other skin color groups? Should we cheer when preachers condemn some people for disapproving of the actions and behaviors of other people, when those actions and behaviors are harmful? To themselves and others? Should the question of good and bad be a popularity contest?
Here is a list of bad attitudes and behaviors first identified by Aristotle thousands of years ago. In the 4th century a Christian monk listed them as 7 or 8. A few hundred years later Saint Thomas Aquinas whittled the list down to Seven:

Can you think of any problem we face today that does not spring directly from one of these mindsets? If someone is pushing schoolkids to embrace Sloth (no grades), Envy (they got stuff you want), Wrath (they stole your stuff), and Pride (they can do no right, we can do no wrong), does that someone really have the best interests of the kids at heart?

Do you insist you are perfect? Do you claim the right to judge others? Are you asking for anything more than the right to try as best you can to do as well as you can? Do you want unjust, undeserved rewards? Do you seek unfair advantage? Do you want a crumb more than what you have earned? Can anyone honestly accuse you of wanting more than simple fairness?

Of course, none of us are perfect. As the sun also rises, so do we fail to meet our highest ideals and aspirations. But just as all rivers run into the sea, we keep trying. Keeping faith. Acknowledging our failures and striving to improve.

Seven Cardinal Virtues
How To Win

Is it ridiculous to recognize that humans today are the same as humans two thousand years
ago? Same hopes and dreams. Same aspirations to get it right. Doing good. Making the world a better place. Is that ridiculous?

Fortunately, the folks who gave us the list of the Seven Deadly Sins, left another list. The second list has the simple answers. Remember, these answers may be simple, but they are not easy:

Can you think of any problem we face today that could not be solved by applying one of these mindsets? If schoolkids were encouraged to embrace Diligence (do your homework), Patience (good things come to those who wait, and work), Kindness (understand others before you demand understanding from others), and Humility (nobody has all the answers, no one is perfect), would we have parents feeling betrayed and (finally) demanding accountability?

Are you against enduring faithfulness to your spouse? Are you too afraid to see the world clearly, seeking deadly shelter in a drunken haze? Have you given up on extending the helping hand to others? Is it crazy to think that challenging work gets superior results? Do only suckers and chumps practice compassion, loyalty, and integrity? Are you opposed to seeking peace and extending mercy? Do you reject the bravery of listening to the other side and the modesty of acknowledging your faults?

America wins when we all win. That has always been the promise. And America has been pretty darn good at keeping that promise. Better than anyone else. In the history of the world.

But now we are flooded with petulant, peevish professionals: teachers, lawyers, politicians, tech moguls. You know who they are. Unhappy people who find their toxic joy in the misery of others. Resentment is their stock in trade. Utopian promises that deceive only the ignorant.

From National Socialism to Soviet Socialism to Venezuelan Socialism to a Baskin-Robbins assortment of other socialisms, the results are always the same. Repression. Starvation. Death.

Is it a ridiculous idea to think that you can do something about it? Have you given up on the idea of America? Are you opposed to fighting for the way of life that has brought so much happiness to so many?

A few pebbles bounce down the mountain side. A tiny snowball starts to roll. Tectonic plates slip, just a little. Then a little more. Bouncing pebbles cause rolling rocks. Snowballs grow huge. The earth shudders. Change is coming.

Is it a ridiculous idea to think we have reached a turning point? Do regular folks, the kind you go to church with, approve the current situation? Do you think America has been well served by so-called the best and brightest? America’s greatest strength has always been her people, the steady, reliable men and women who get things done. Should we let things slide further? Do you really want to see how far down we can go? Is this a bad time to say, “Enough!”?

Nursing home poverty. Long-term care expenses. Probate. Taxes. Family feuding. These are realities for most middle-class families, like it or not.

LifePlanning™ is the way families like yours preserve what they own to protect what they value. For over 30 years, making the rules work for thousands of families who play by the rules.

Are today’s challenges the ordinary, routine, normal sorts of challenges we have always faced? It feels as though it is increasingly difficult to do the right thing. But do fundamental truths ever change? Does ignoring reality make it go away?

Do you wish you could spend all day focused on the Medicaid, probate and tax rules and regulations that drives well-adjusted people crazy? Or would you like some payback for all the taxes you paid in. Some dignity and respect. Along with the madness.

Peace of mind and security are waiting for everyone who knows what work really is. Waiting for you. It is a choice. Despite what “everybody else” says.

NO POVERTY. NO CHARITY. NO WASTE.