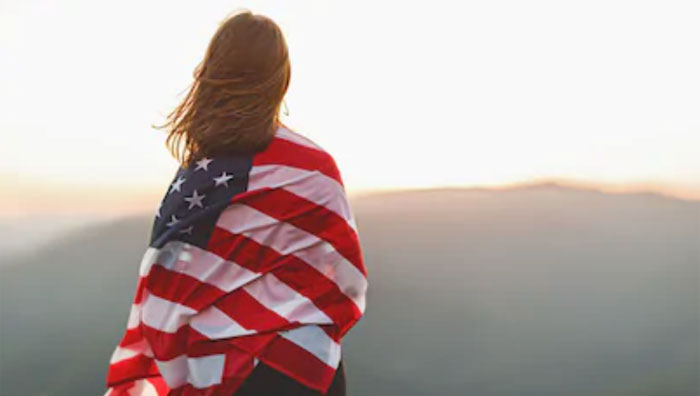 German Pacifism On The Ash Heap Of History

Oh, So That’s What A Real Megalomaniac Looks Like

So He Went And Did It… Evil Idiot

Was there ever a war as stupid, pointless, evil, wasteful, and idiotic? Yes. Many. This is what you get with National Socialism, Democratic Socialism, Ricardian Socialism, Scientific Socialism, Leninist Socialism. Marxism, Communism, Maoism, all the -isms, all the same. Every try talking to one of these “socialists” about their ideology? About what actually happens? About the human misery? Tens of millions of humans starved, shot, tortured to death? “Oh that’s not real socialism, you poor ignorant fool!” they say. Then you will be overwhelmed with a dense, impenetrable word- fog. Like the undertow off Lake Michigan. You are sucked in. Suffocated. You drown. Words as weapons. First to weaken. Then to kill. Over and over.

And that’s how a Jewish Ukrainian guy becomes a neo-Nazi. Because he leads a people living on land that the other guy wants. This is nothing new. The same tired hogwash has deceived the “smart folks” for hundreds of years. From the French Revolution to Democratic Socialism. Same crap, different day.

—Lewis Carroll, “Through The Looking Glass”

Attach whatever labels you like. It is all the same. Tweedledum and Tweedledee.

Putin is a long-time member of the Socialist Great Leader Murderers Club. Naturally, the few dozen dissidents and journalists he has murdered here and there do not count. Just par for the course. They made him uncomfortable so he killed them. Radiation. Nerve gas. Not secret. Business as usual.

Club Membership is exclusive. Only mass murderers need apply. Industrial scale slaughter. This guy’s been “in” for over 20 years now.

Chechnya and Ukraine. In the same neighborhood. With the same heavily armed, unstable, nutjob neighbor who is always mumbling to himself about his glory days. Gee, do you wonder why even untrained Ukrainians want guns? Mysterious… why are they willing to fight?

To put Humpty Dumpty back together again. To reassemble the Soviet Union. At least the good parts. That is what this rifle-totin’, river swimmin’, pony-ridin’ he-man wants. He says so. It is no mystery.

In 2005, Putin said: “First and foremost it is worth acknowledging that the demise of the Soviet Union was the greatest geopolitical catastrophe of the century. As for the Russian people, it became a genuine tragedy. Tens of millions of our fellow citizens and countrymen found themselves beyond the fringes of Russian territory.”

Here’s a guy with nuclear weapons. Lots of them. What does he think of the dead millions and catastrophic destruction of World War I, and World War II, and Korea, and Vietnam, and the Congolese wars, and Mozambique, and Biafra, and the Chinese Revolution, and the Cultural Revolution, and all the other bloodletting of the last century? Eh, not so bad. Worse than dead millions are liberated millions. Hundreds of millions liberated through the collapse of the Soviet Union. So that is what is going on in Ukraine, if you were wondering.

How did we get here? A few observations completely unrelated to the Ukraine aggression:

1. This guy has huge surpluses of oil, natural gas, and coal. Things that make factories go and keep homes warm and well-lit.
2. Because we got yelled at by a cranky, prepubescent Swedish kid who likes to play hooky, we now depend on unicorn farts and moonbeams to make our factories go and keep
our homes warm and well-lit. Brilliant!
3. Because we do not like mean tweets, we shut down our own supplies of cheap, secure oil, natural gas, and coal. Now we beg the bare-chested megalomaniac and others to sell us oil, natural gas, and coal. At extremely high prices. America! What a country!
4. Somebody’s making an awful lot of money pitching the unicorn fart and moonbeam machines that break down, don’t work, and chop up eagles like a Super Bass-O-Matic ’76.
5. Prestige and reputation tend to dwindle when rag-tag gangs of refugees from the 6th century taunt you. And beat you. And kill you. And steal your stuff. Then do the same to your friends who trusted you. And who refuse your bribes and sneer at your threats.
6. Fritter away your reputation and prestige and you invite megalomaniacal bullies to act as megalomaniacal bullies act.

How’s that “Bring Back Stalin” war going anyway? They killed some people. Broke some stuff. Got a 40-mile-long convoy. Like Biden’s motorcade when he went to Scotland to complain about air pollution or something. Gross ineptitude seems to characterize the goings-on. What do the experts have to say?

—Sun Tzu, The Art of War

Soldiers are the heart of any army. Fighting spirit is the core of any soldier. There don’t seem to be many soldiers among the invaders. Seems like the invaders were not told they were invading until they invaded. And now Ukrainian mothers are calling Russian mothers so they can talk to their captured, weepy, hungry, homesick teenage sons. On the other hand, Ukrainian soldiers seem to understand why they fight.

Citizens are the heart of any nation. Patriotism is the core of any citizen. There seem to be quite a few citizens in Ukraine. And now Ukrainian citizens are taking up arms against the foreign invaders.

Do you think the megalomaniac knew the Ukrainians would fight back and that his “troops” would be confused and lost? That they would surrender and weep? Me neither. Not knowing the other and not knowing oneself, in every battle certain defeat.

Even the most willing soldiers need arms. But it appears that the invader’s equipment has not been maintained and is breaking down. For example, brand-new, unused missile trucks had brand-new, unused tires. Tires put on at the factory. Trucks then driven to marshalling yards. Trucks then sat. And sat. And sat. For years. Now comes invasion. Tires now brittle with dry rot. Tires fall apart when taken off road. Big huge military off-road tires. And there are no new tires. And if there were new tires, how would you get them to the front? With a 40-mile traffic jam? Must keep all trucks on road. Forty miles long road. How you say “sitting duck” in Russian? Or Ukrainian (if there is such a language)?

—Omar Bradley, General of the Army

Every man is important. The ordnance men are needed to supply the guns, the quartermaster is needed to bring up the food and clothes for us because where we are going there isn’t a hell of a lot to steal. Every last damn man in the mess hall, even the one who boils the water, has a job to do.

An Army travels on its stomach.

It appears that the invaders were not told they were invading until they invaded. Without food. Without fuel. Without common sense.

Megalomaniac Invaders Have No Use For Middle-Class Values

Ever go on vacation? Take a little trip? Go camping? Bet you made sure gas tank was filled. And that the sleeping bags were packed. And you had a map (OK, OK… GPS!). Funny how middle class folks manage to figure out the basics that really smart geniuses overlook.

Megalomaniac or demented dodderer… national leaders sometimes don’t get the message. Are their people too afraid to tell them truth? Are they simply unaware? Do they believe their own press releases? Who knows?

Good News: regular folks do not have the luxury of being so stupid. We are not awesome. Our friends and co-workers do not grovel to us. They tell us the truth. They trust us. The smart folks do not trust us. They tell us the things they think we need to believe. So we will do the things they think we should. Like run factories and heat homes with unicorn farts and rainbows. Or moonbeams, I forget which.

Some people say that avoiding probate, saving taxes, and getting stuff to kids is what estate planning is all about. And if you wind up in long-term care, that is on you. Besides that never happens, the smart ones say.

Seems to me that an awful lot of folks do need long-term care. The government says 70% of people aged 65 will need, on average, 3 years of skilled care services. In a variety of settings. All of them expensive. Ruinously expensive.

Medicare is America’s answer to hospitalization, medical, and pharmacy needs. Medicare is paid for with your tax dollars and premiums.

Medicaid is America’s answer to long-term care needs. Medicaid is paid for with your tax dollars.

Are you against getting the same deal with Medicaid that you get with Social Security and Medicare? Are you opposed to getting a payback on tax dollars paid in? Do you want your spouse broke?

Some folks think they have all the answers to all the world’s problems. People who think like that often get to run countries. And get to tell other folks what to do. Does that sound like fun?

Other folks keep their perspective. Act with common sense. Look out for others. Work for fairness. Willing to help with common goals. Not willing to be played for a chump.