We're here ready to help you with all of your estate planning and elder law needs.
loading...
Carrier Law / Blog  / You Are Serious About Your Promises, So Are We 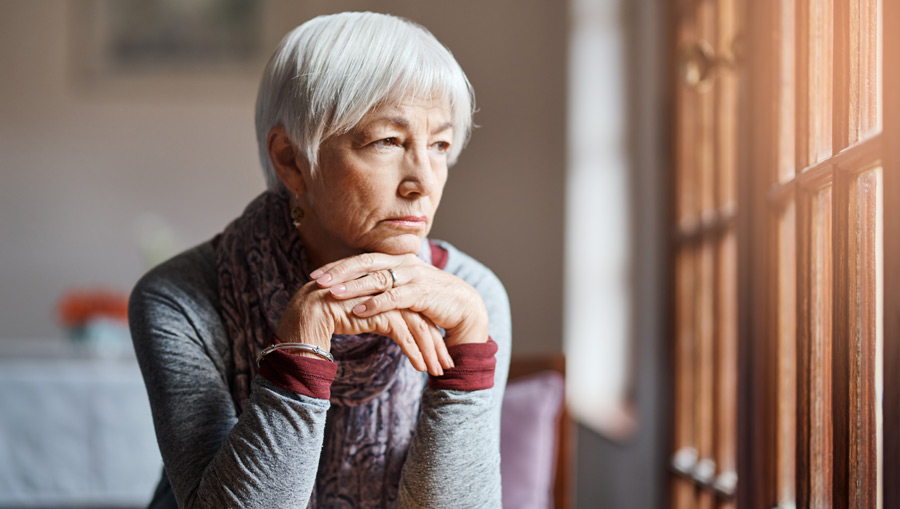 You Are Serious About Your Promises, So Are We

For Richer, For Poorer, In Sickness And In Health

Betty and Wilma were like sisters. Without the sister drama. Since their first day at Lansing Central High, two years ago. Now Betty was organizing a dance with some Lansing Tech Junior ROTC guys. She had her eye on Barney, a fella who made that uniform look good. And Barney had a friend, Fred, a shy guy, just like her friend Wilma. Anything can happen at a dance, you know. When will Saturday get here?

One Thing Leads To Another

That dance was just rehearsal for the Big Dance Wilma and Fred, Betty and Barney would lead through their lives. After graduation, the guys got their union cards and entered the wonderful world of GM’s Lansing Car Assembly. The ladies followed.

Betty and Wilma did not stay long in the steno pool. Wilma loved to get things just right. Call it perfectionism if you want to, that talent got Wilma assigned to Quality Control. Eventually she headed the plant’s QC efforts. Betty’s organizational skills landed her in the plant manager’s office, as executive secretary.

Betty and Wilma did not stay long in the dating pool, either. Fred and Barney knew a good thing when they saw it. Before long they “put a ring on it” and got busy raising families too.

It was a sad day in April 2004 when the Olds plant shut down for good. They were all retired, but it still hurt. The guys made a pilgrimage to the old place every springtime. Both couples were doing fine. Their homes were paid off and worth about $175,000. With $200,000 in savings and $75,000 of life insurance, they felt secure. Not to mention having prepaid their funerals. Each couple had three kids and three grandchildren. They even like the in-laws!

Just few years ago. Another perfect spring. Bright sunshine, crisp air with a bit of warmth, the smell of new growth, green leaves.

Two women of a certain age. Maybe sisters. Alike in many ways. Both were mothers and grandmothers. Respected. Looked up to. Reliable volunteers for church and school. You want it done right? Get Betty and Wilma on the case. Rapidly approaching their 50th wedding anniversary. Time flies.

You have friends like these women. Middle-class people who enrich the world. Generous spirits. Authentic kindness. Get it done attitude.

Nice homes, colorful gardens. Debt Free. Comfortable cash cushion (not that the kids would know). Coupon clipping and natural thrift. No extravagant or expensive habits. Except spoiling their grandchildren.

But what is going on with Fred and Barney? Why does Fred put the car keys in the refrigerator? Barney gets so confused with the simplest things. And it is getting worse.

Betty and Wilma are now their husbands’ primary caregivers. Barney and Fred, after many years as partner and confidant, father and grandfather, best friend and “accomplice,” have fallen victim to Alzheimer’s Disease. Heart-breaking. Life-changing. COVID isolation on top of it all. No description necessary.

Wilma and Betty take their wedding vows seriously. Better or worse. Richer or poorer. Sickness and health. They said it. They meant it. They lived it.

Yes, the kids have their own families and challenges. They live out of state. They would like to help, but… TRAVEL BAN. Now they think it is a good idea for Dad to be “placed”. What is it with kids these days?

A Real Lifeline… Too Good To Be True?

A pleasant Sunday, May 2021, both women were reading the same article. An account in The Michigan Elder Law Reporter describing the Program of All-inclusive Care for the Elderly, known as PACE.

The Reporter claimed that PACE provided free, at-home care. All pharmacy needs with no co-pays, donut holes, delays, or frustrating paperwork. Specialist care. Respite care. Durable medical equipment. Supplies. Occupational and Physical Therapy. The list went on and on. It even claimed that PACE was intended to help folks just like her. On purpose. Family members caring for loved ones at home. Staying at home.

Most outrageous, though, was the bald statement that their life savings, home, life insurance… their security, need not be sacrificed. Their lifetime of shared work could be preserved for themselves, their children, their grandchildren. How could that happen?!

Two Roads Diverged In A Wood, And I –
I Took The One Less Traveled By…

And this is where Betty and Wilma made different choices.

Betty said to herself, “Stuff and Nonsense! I pity anyone foolish enough to believe this… Promises, promises! Too good to be true! I don’t believe it! Fiddle Faddle.”

Wilma thought, “I heard of this last year and didn’t act. Could this be my second chance? Maybe I should find out more…”

And That Has Made All Of The Difference

Another fine spring morning. Betty and Wilma are still best friends. But not so much alike anymore. They made different choices. They got different results.

Betty was still bound and determined that her Barney would never wind up in one of “those places.” Then the cash ran out. She gritted her teeth and took a loan against the house. Twice. Plus a line of credit. In desperation, she turned to cash advances on the credit cards.

In her pride, she did not share the burden with Wilma or her children. She chose a solitary journey. Until the inevitable day when the house of cards collapsed. She reached for the phone to call her eldest child. She never imagined living in a senior housing project. Well, at least the bill collectors have stopped harassing her.

She Is Clothed With Strength And Dignity; She Can Laugh At The Days To Come. — Proverbs 31:25

Wilma stood at the kitchen window. Watching her grandchildren play in the yard. The last few years had been tough. Fred did not recognize her or their children. She was making the best of a bad situation. But. Her health was good. The PACE folks were a blessing. No worries. PACE aides came out to help with Fred several times a week. During COVID so many years ago, they even helped with her grocery shopping. And housekeeping. Plus all the medical support. Wilma’s future was secure. She did not face it alone. No Poverty: life savings protected. No Charity: PACE was a return on all those tax dollars. No Waste: Her legacy will endure for years. “Well,” she thought, “sometimes “too good to be true turns out even better.”

I Have Finished The Course,
I Have Kept The Faith
2 Timothy 4:7

Betty’s funeral. Wilma thought about her best friend. It was tragic. Betty ran the race. Betty fought the good fight. At the ultimate cost to herself, she did what she believed was necessary. Rapidly pouring out the savings and accomplishments of a lifetime. All gone in the blink of an eye.

Is there anything more tragic than needless suffering? Striving to do something that did not have to be done at all? Wilma had to say it: “Betty killed herself with work and worry, all to keep Barney out of “those places.” And where is he going now? One of “those places.”” When a good person refuses the helping hand, it is more than sadness. When refusal leads to catastrophe, it is more than regret.

After the preacher’s kind words at the cemetery, Wilma turned from Fred’s grave. Wilma too ran the race, fought the good fight. Wilma had been there for Fred to the ultimate end. Hospice at the house. Familiar PACE folks who supplied the hospital bed, Hoyer lift and other necessary equipment and services. Given fair warning, the kids made it in from out of town. It was sad, heart-breaking. But not tragic. Surrounded by family and friends. Secure. At peace. What did the Lord have in store for her now? Wilma did not know. But she looked forward to finding out.

Most people, reading this article, will choose Betty’s path. Most people, faced with long-term care costs, close their eyes. Reject reality. Hope for the best. As lifesavings evaporate like a snowflake on a hot griddle. Why does the caregiver spouse die first, almost half of the time? Why do hard-working, prudent, frugal, middle-class folks accept nursing home poverty? Most of the time?

Not Chance, Your Choice

There is nothing inevitable about losing your home, cottage, business, lifesavings, independence, security. All of that is a choice. Despite what “everybody else” says. For over thirty years, people have told me, “I’ve never heard of this before!” “If this is real, why doesn’t everyone do it?” “My lawyer/financial advisor/brother-in-law/accountant/tax person/banker/best friend/fill-in-the-blank never said anything like this…”

Well, here you are. Now you know. No excuses. Wilma or Betty? You have the information, insight, inspiration. It is your turn. Ignore the message? Invite poverty? Or get the freely offered information. To make wise decisions. For you. For your loved ones.