We're here ready to help you with all of your estate planning and elder law needs.
loading...
Carrier Law / News and Events  / We will fight until there’s a cure! 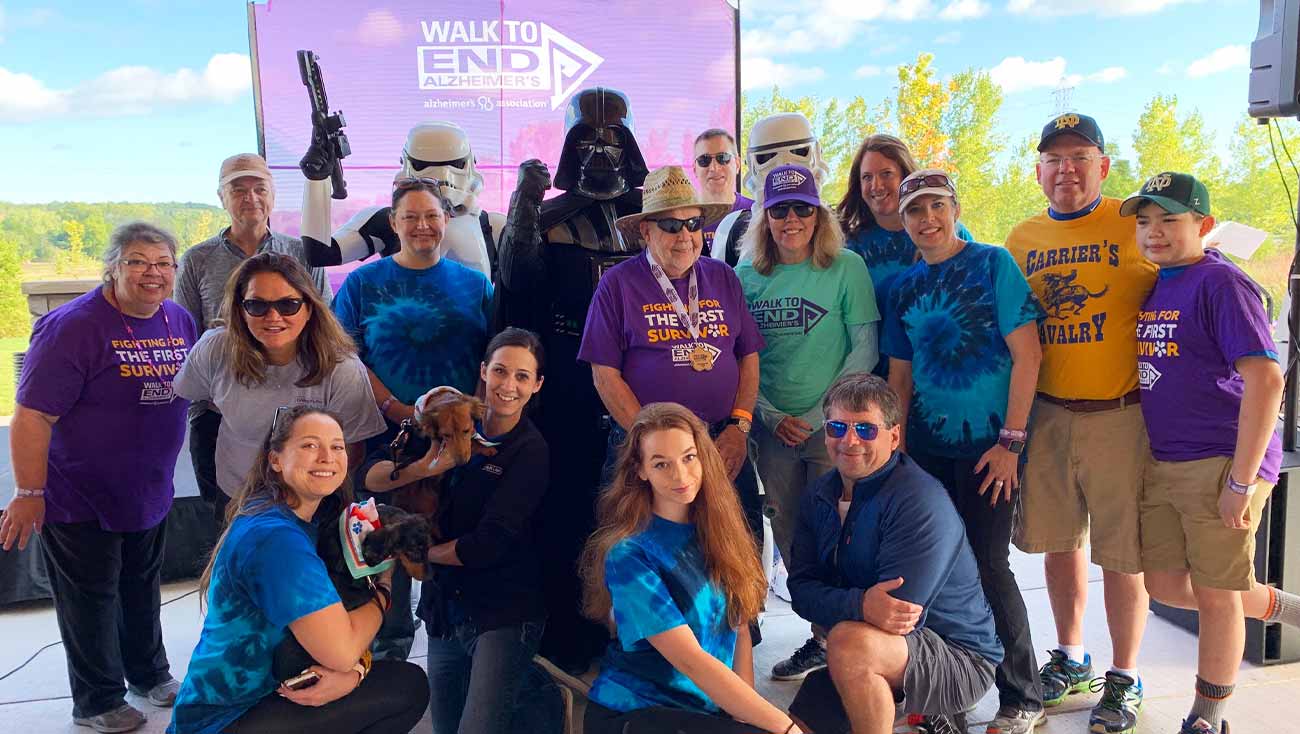 In News and Events

We will fight until there’s a cure!

The fight to end Alzheimer’s is a cause particularly dear to Carrier Law. We’ve seen firsthand the devastating effects of this disease, and we’re dedicated to doing our part to get closer to a cure.

Every September, we participate in the Walk to End Alzheimer’s as the “Carrier’s Calvary” team. Each year, we raise the fundraising bar to a new goal, and so far, we’ve hit or surpassed our goal every year!

On a August 9, we held our annual outdoor event to admire cool cars, dine on local eats, and raise money for our Walk to End Alzheimer’s team.

Thank you to Andi B Photography for capturing the event!

On August 21, Buffalo Wild Wings donated 20% of their profits from the entire day to Carrier Law’s team for the Walk to End Alzheimer’s.

On September 9, the Carrier Law team became honorary employees at the Culver’s on Alpine. In return, Culver’s donated 10% of their profits from 5-8pm!

On September 14 in Grand Rapids and September 21 in Holland, the Carrier Law team and their family members joined hundreds of people from West Michigan to “walk the walk” in the fight to end Alzheimer’s.

We look forward to reaching a new goal in 2020!