We're here ready to help you with all of your estate planning and elder law needs.
loading...
Carrier Law / Tax Laws  / The SECURE Act – what does it really secure? 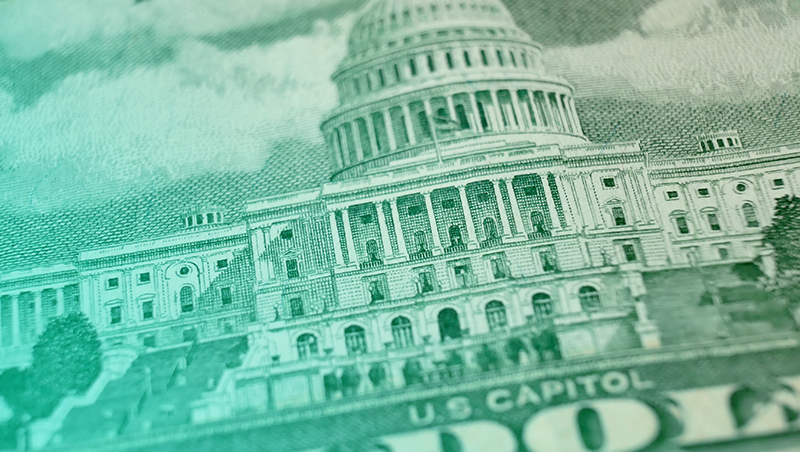 The SECURE Act – what does it really secure?

The House of Representatives has passed a bill that could mean changes for all Americans with the most common type of retirement plan, such as a 401(k) or Individual Retirement Account (IRA). Proposed changes to retirement reflect the realities facing many workers today.

The SECURE Act is being proposed as an improvement to the retirement system, and stands for “Setting Every Community Up for Retirement Enhancement Act of 2019”. Interestingly, most of the changes either highlight the difficulty of saving for retirement, or the challenges faced by many workers today who are facing a future with a shaky Social Security System, and insufficient retirement funds. While there are some positives, some of the changes proposed would simply make it easier for people to retire with less money and less security than before.

With the rise of the “gig” economy, more people are working part-time jobs. This bill would allow long-term part-time employees the opportunity to participate in retirement plans, if their employer offers one.

Employers would be required to disclose an estimate of future retirement income on 401(k) statements. This would hopefully show employees how much more they need to save, if the assumptions used for those estimates are realistic. The assumption for the estimates will be set out by the Treasury Secretary.

Use of Retirement Savings for Student Loan Debt

With the rising costs of higher education, this bill would provide some relief for those who find themselves with crippling student loans that can’t be discharged in bankruptcy. They could now also reduce their retirement savings to pay off those loans.

Another change would make it possible for small employers to group together in offering a retirement plan. This would be helpful, since 42% of private-sector workers don’t have access to a workplace retirement plan.

More 401k plans will be able to offer plans to convert retirement savings into annuities. This should greatly benefit insurance and annuity companies by increasing their market and reducing the regulations for offering annuities as part of retirement plans.

Use of Retirement Savings for New Children

Many new parents find that their health insurance plan still leaves them with thousands of dollars of out-of-pocket expenses for the birth of a child. Rather than making any changes to the health insurance system, or increasing entitlement programs for families, this bill would allow these parents the opportunity to reduce their future retirement savings by spending some now on these expenses for new children. This will probably not help increase the falling birth rate in the country.

With the US budget deficit in the trillions, this bill would bring in additional revenue in the form of increased and accelerated income taxes paid by beneficiaries of retirement plans. Rather than being able to stretch out inherited retirement money over their lifetime, beneficiaries (your children) will have to take out money over 10 years, likely bumping them up to a higher tax bracket, and increasing the percentage of the inheritance that goes to taxes. What does this mean? Let’s look at an example.

A single 45-year-old making $100,000 inherits a $1,000,000 Traditional IRA from her parents. She can either cash it out immediately (which is what the vast majority of children do) or she can stretch out the distributions.

Proposed Stretch Rules: She can opt to take the required minimum distributions for a maximum of 10 years. After 10 years, she has paid $615k in taxes and inherited a total of $865,000.

Below is a graph that visually represents the difference in these rules, assuming the child invests the required distributions after paying taxes and has normal living expenses and Social Security Income: 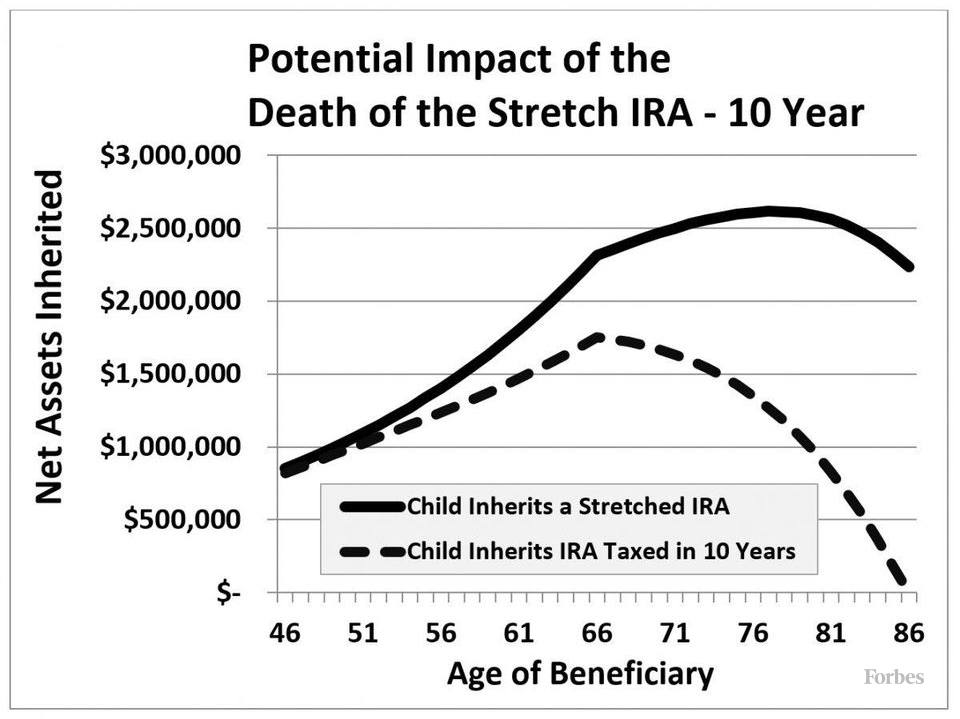