We're here ready to help you with all of your estate planning and elder law needs.
loading...
Carrier Law / Blog  / Messages In Bottles, Responses In Elder Law Reporter 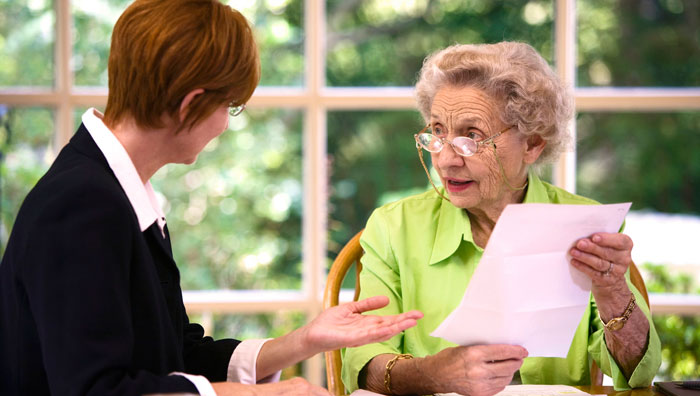 Light One Candle Or Curse The Darkness?
(Not Edited For Spelling Or Punctuation Or Anything Else) (Warning: Not Legal Advice!)

Question: What do I need to do to remove people from a house my father owned and recently died there is no lease or will?

Dad passed away went to home and found people living in it we are being held responsible for funeral and other bills but town police will not remove people that I have never met and won’t tell us there name? Value of assets is in the millions we are his only 3 children.

Short Answer: Evict ‘em! But observe all requirements of Landlord Tenant law. You cannot just “kick them out”!

Longer Answer: Bad people have been known to take over the homes of long-term care facility residents. Especially when the kids live out of town. No one checks on the house. No one questions the new residents. And the results can be unfortunate. And there is no simple solution, no easy escape. Police cannot “throw the bums out” because state law prohibits removal of “tenants” without due process. You cannot “give‘em the 23-skidoo!” because the law frowns on and severely penalizes vigilante landlord justice. You can call Ghostbusters, but you must give them a 30-day notice to quit. And when they still won’t leave, you’ll have to take them to court. You finally get your judgment. They are not going anywhere. Time to call the sheriff and the movers.

Word to the Wise: Perhaps your loved one will need residential long term care in a nursing home or assisted living facility. Maybe they would simply enjoy the convenience of independent living. When your loved one leaves home, make sure there is no one left behind. Or you will pay the price.

Are you against controlling the family home? Is it a ridiculous idea that folks who have helped hundreds of families transition to long-term care could prevent these sorts of shenanigans? Do you want to spend months getting back what belongs to your family in the first place? Would you rather buy a pound of cure or an ounce of prevention?

Question: Can I be a guardian if I was convicted 6 years ago of welfare fraud and I paid all my fine and I’m off probation

My mom is in nursing home and her properties have to be sold I’m paying all her bills I she lived with me the last 2 1/2 years.

Short Answer: You have certainly paid your debt to society, but it is still up to the probate judge to decide. You have been trustworthy and loyal for the last 2 ½ years, so the judge might go your way. Or might appoint a public guardian and cut you out of your mom’s care entirely.

Long Answer: Is it crazy to think that things work out better when you plan ahead? You have been doing all the good things for 2 ½ years and yet you have not taken a couple very basic steps to protect your mom or her relationship with you.

As a competent adult, you get to choose whom you would like to make decisions for you. It is 100% your choice. No one else has to agree. Everyone else in the world might think your choice was bad, wrong, stupid, and horrible. Their opinions do not matter. You get to choose.

What if you do not choose. Shirk your responsibility to yourself and your family. If you do not exercise your rights as an adult person, what happens when you cannot make decisions for yourself? What happens if you suffer a stroke? Or Lewy Body dementia? Or Alzheimer’s? Or get hit in the head with a frying pan? Yowch!

If you have not selected that person in writing, you have a One-Way Ticket to Probate Court. A journey that will be far more expensive and wearing than taking a few hours to get an honest-to-goodness, works-when-you-need-it estate plan in place.

Excuses to avoid planning flow like the Mighty Mississippi…rolling, rolling, rolling down to the sea… So you avoided spending the time and money. Wonderful!

Get ready to spend ten times as much time, money, and aggravation. Also understand that you will not be able to shelter mom’s house or assets from the skilled nursing care costs. Everything has to pass by the probate judge for approval, sooner or later.

And if you have a skeleton or two in your closet… be prepared to lose control over mom’s health care decisions and financial choices too.

Regular folks are never prepared for the reality of probate court. You think the judge understands that you are a good person, doing the righteous thing for your loved one. Ha ha ha. Judges have seen it all. And most of it is NOT GOOD. Granddaughter on house arrest takes grampa to the store to buy a fifty-cent candy bar with a $100 check. So granddaughter gets the change in cash. So she can buy more crack. (Crack dealers rarely take checks.) Abuse. Financial exploitation. Neglect.

How does the judge know that you are not one of these godforsaken souls? The judge does not. And will treat you with fine equality. Just like a crackhead.

You are not used to being treated that way. You will not like it. Unfortunately, those are the folks the judge mostly sees.

Gee, do you think maybe you should have done some planning while there was time? Or is that just crazy talk?

Question: Can someone exercise power of attorney without authorization?

My sister (age 47) and my elderly father (age 78) use the same auto mechanic. My father owns a large pick-up truck that needed work over two years ago. He previously used this truck to tow his fifth wheel trailer. My mother (83) had concerns about my father driving such a large truck because of Parkinson’s symptoms. So, my sister convinced the auto mechanic to delay completion of the repair. For over two years the mechanic has been telling my father numerous excuses as to why the repair cannot be completed. My father has no idea that my sister interfered with his private business.

Long Answer: A power of attorney is an expression of trust. Dad trusts Daughter to make decisions for him and to carry out his instructions. Dad puts his confidence in writing. Dad tells the whole world that Daughter may act on Dad’s behalf, doing the things Dad could do, in Dad’s best interests. In writing. According to the law.

Here, there is no power of attorney. Not even a “verbal” one. Dad simply took his truck into the fix-it shop. Dad made a deal with the mechanic: Fix the truck. I will pay. Pretty simple deal.

Daughter now chooses to interfere with Dad’s fix-it deal. Daughter convinces mechanic to break the contract. Mechanic lies to Dad. Over and over. Again and again. All in Dad’s “best interests.” According to whom? According to his wife. I guess. She who must be obeyed. Shameful.

Dad has “Parkinson’s symptoms.” Dad is not suffering from dementia. If he is like most Parkinson victims, his mental acuity has not suffered. And it may not be Parkinson’s at all.

Recently the Supreme Court of the United States issued some opinions. Some reversed cases that had been decided poorly many years ago. Every serious legal scholar agreed that those old decisions were made under intense political pressure. Now, fifty years later, the Supreme Court is finally doing its job. And some politicians prefer deception. They would rather have lousy legal doctrines, cooked up undemocratically by black robed oracles than by greasy politicians kowtowing to the people who elected them. Didn’t somebody once upon a time praise the idea that government should be of the people, by the people, for the people?

Is The Reporter sympathetic to the family that worries about Dad and endangering other people? Yes.

Does the Reporter believe that honesty is the best policy? Should you do your truthful best and let the chips fall where they may?

Yes, to both. Bite that bullet. Do that tough thing. Enjoy mutual respect without the twisted stomach that comes from lying. Try it, you’ll like it!

Question: Can I get my apartments put back into my name.

I trusted my grandson that he needed a cosigner for a home I signed some papers coming to find out that what I was signing was transfer papers he lied to me as well as the lady in her place of business where he took me told me the same thing about co-signing for credit on a home.

I never felt so betrayed and hurt, immensely angry with him that he tricked me.

Short Answer: This is garden variety fraud; larceny by trick. Immediately you should file an Affidavit Concerning Interests in Land against the property, documenting grandson’s nefarious scheme and disavowing the deed you were fraudulently induced to sign.

Long Answer: Seven hundred years ago, Italian poet Dante Alighieri took a trip through Hell and lived to tell the tale. You may have heard of Dante’s Inferno? That’s the one! Turns out there are 9 Circles of Hell. The Ninth is lowest and worst. Souls in the Ninth Circle are trapped in a frozen lake, tortured by demons for all eternity. And who winds up in the Ninth Circle?

Traitors. Fraudsters who criminally violate the special bonds of love that should bind them to their victims. Treacherous. Selfish. Doomed to suffer for all time and beyond, in the company of the Devil, aka, Lucifer, Satan, Dis, Beelzebub. According to Dante, the souls of family traitors descend to hell immediately, while the human body continues its hopeless journey on earth.
But that is not all!

On this side of the Great Divide, Adult Protective Services is ready, willing, and able to enforce laws against elder financial abuse. It is a felony crime to defraud someone this way. For elders, the penalties are enhanced. Your tax dollars at work.

This can be fixed, but it will take fixing. Get to your friendly, neighborhood elder law attorney and block this rancid puppy’s next move. And step on it! Pronto.