We're here ready to help you with all of your estate planning and elder law needs.
loading...
Carrier Law / Blog  / Have You Given Up On Christmas? A Focus Group Discussion 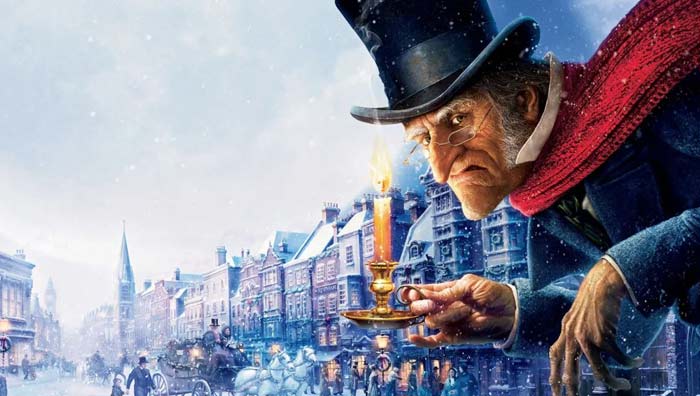 Have You Given Up On Christmas? A Focus Group Discussion

Is A Focus Group Possible Without Experts?
Introducing The Authorities

Ebenezer Scrooge: “[A] tight- fisted hand at the grindstone, Scrooge! a squeezing, wrenching, grasping, scraping, clutching, covetous, old sinner! Hard and sharp as flint…; secret, and self-contained, and solitary as an oyster.”

Jacob Marley’s Ghost: “[P]igtail, usual waistcoat, tights and boots; the tassels on the latter bristling, like his pigtail… The chain he drew was clasped about his middle. It was long, and wound about him like a tail; and it was made… of cash-boxes, keys, padlocks, ledgers, deeds, and heavy purses wrought in steel. His body was transparent; so that Scrooge, observing him, and looking through his waistcoat, could see the two buttons on his coat behind.”

Robert “Bob” Cratchit: “[L]ittle Bob, the father, with at least three feet of comforter exclusive of the fringe, hanging down before him; and his threadbare clothes darned up and brushed…”

Fred (The Nephew): “[W]ith rapid walking in the fog and frost, this nephew of Scrooge’s… was all in a glow; his face was ruddy and handsome; his eyes sparkled, and his breath smoked again.” “[T]here is nothing in the world so irresistibly contagious as laughter and good- humour. …Scrooge’s nephew laughed in this way…”

Christmas Past, Spirit of: “[A] strange figure—like a child: yet not so like a child as like an old man… It wore a tunic of the purest white… It held a branch of fresh green holly in its hand; and… had its dress trimmed with summer flowers. But the strangest thing about it was, that from the crown of its head there sprung a bright clear jet of light, by which all this was visible[.]

Christmas Present, Ghost of: “[A] jolly Giant, glorious to see; who bore a glowing torch…” “[C]lothed in one simple green robe…, bordered with white fur. This garment hung so loosely on the figure, that its capacious breast was bare… Its feet were also bare; and on its head
it wore no other covering than a holly wreath, set here and there with shining icicles. Its dark
brown curls were long and free; free as its genial face, its sparkling eye, its open hand, its cheery voice, its unconstrained demeanour, and its joyful air.”

Christmas Yet to Come, Phantom of: “[S]hrouded in a deep black garment, which concealed its head, its face, its form, and left nothing of it visible save one outstretched hand. But for this it would have been difficult to detach its figure from the night and separate it from the darkness by which it was surrounded.”

Is It Such A Ridiculous Idea That At Christmastime We Could Find Kindness For One Another And Joy In Our Hearts?

Scrooge: “Bah!” … “Humbug!”
Fred: “Christmas a humbug, uncle!” … “You don’t mean that, I am sure?”
Scrooge: “I do,” … “Merry Christmas! What right have you to be merry? What reason have you to be merry? You’re poor enough.”
Fred: “Come, then… What right have you to be dismal? What reason have you to be morose? You’re rich enough.”
Scrooge: “Bah!” … “Humbug.”
Portly Gentleman: “[A] few of us are endeavoring to raise a fund to buy the Poor some meat and drink and means of warmth. We choose this time, because it is a time, of all others, when Want is keenly felt, and Abundance rejoices.”
Scrooge: “If I could work my will,” … “every idiot who goes about with ‘Merry Christmas’ on his lips, should be boiled with his own pudding, and buried with a stake of holly through his heart. He should!”
Fred: “I am sorry, with all my heart, to find you so resolute. So, A Merry Christmas, uncle!” Marley’s
Ghost: “At this time of the rolling year, I suffer most. Why did I walk through crowds of fellow-beings with my eyes turned down, and never raise them to that blessed Star which led the Wise Men to a poor abode!
Were there no poor homes to which its light would have conducted me!”
Scrooge: “[K]eep Christmas in your own way and let me keep it in mine.”
Spirit of Past: “These are but shadows of the things that have been.” “They have no
consciousness of us.”
Fezziwig: “Yo ho, my boys! No more work to-night. Christmas Eve, Dick. Christmas, Ebenezer! Let’s have the shutters up, before a man can say Jack Robinson!”
Spirit of Past: “A small matter, to make these silly folks so full of gratitude.”
Ghost of Present: “You have never seen the like of me before!”
Scrooge: “Never.” “I am afraid I have not. Have you had many brothers, Spirit?”
Ghost of Present: “More than eighteen hundred.”
Scrooge: “A tremendous family to provide for!” “Merry Christmas! Out upon merry Christmas! What’s Christmas time to you but a time for paying bills without money; a time for finding yourself a year older, but not an hour richer; a time for balancing your books and having every item in ’em through a round dozen of months presented dead against you?”
Fred: “But I am sure I have always thought of Christmas time as a good time; a kind, forgiving, charitable, pleasant time; the only time I know of when men and women seem to open their shut-up hearts freely. And therefore, uncle, though it has never put a scrap of gold or silver in my pocket, I believe that it has done me good, and will do me good; and I say, God bless it!”
Tiny Tim: “God bless Us, Every One!”

Do You Reject The Idea, Actions Have Consequences?

Marley’s Ghost: “Man of the worldly mind! Do you believe in me or not?”
Scrooge: “I must. But why do spirits walk the earth, and why do they come to me?”
Marley’s Ghost: “It is required of every man, that the spirit within him should walk abroad among his fellowmen and travel far and wide; and if that spirit goes not forth in life, it is condemned to do so after death. It is doomed to wander through the world—oh, woe is me! —and witness what it cannot share, but might have shared on earth, and turned to happiness!”
Scrooge: “Spirit, tell me if Tiny Tim will live.” Ghost of Present: “I see a vacant seat in the poor chimney-corner, and a crutch without an owner, carefully preserved. If these shadows remain unaltered by the Future, the child will die.” Scrooge: “No, no, Oh, no, kind Spirit! say he will be spared.”
Ghost of Present: “What then? If he be like to die, he had better do it, and decrease the surplus population.”
Scrooge: “Men’s courses will foreshadow certain ends, to which, if persevered in, they must lead, but if the courses be departed from, the ends will change. Say it is thus with what you show me!”
Phantom of Future: The finger pointed from the grave to him, and back again.
Scrooge: “Spirit! Hear me! I am not the man I was. I will not be the man I must have been but for this intercourse. Why show me this if I am past all hope!”

Should You Only Bless Those Who Bless You First?

Bob Cratchit: “I’ll give you Mr. Scrooge, the Founder of the Feast!”
Mrs. Cratchit: “The Founder of the Feast indeed! It should be Christmas Day, I am sure, on which one drinks the health of such an odious, stingy, hard, unfeeling man as Mr. Scrooge.”
Bob Cratchit: “My dear, Christmas Day.”
Mrs. Cratchit: “I’ll drink his health for your sake and the Day’s, not for his. Long life to him! A merry Christmas and a happy new year!”
Fred: “Here is a glass of mulled wine ready to our hand; and I say, ‘Uncle Scrooge!’ A Merry Christmas and a Happy New Year to the old man, whatever he is! He wouldn’t take it from me, but may he have it, nevertheless. Uncle Scrooge!”
Everyone: “Well! Uncle Scrooge!”

Is Anyone Beyond Redemption? If A Scrooge Can Be Saved Can Anyone Be Doomed?

Scrooge: “I will live in the Past, the Present, and the Future! The Spirits of all Three shall strive within me. Oh Jacob Marley! Heaven, and the Christmas Time be praised for this! I say it on my knees, old Jacob; on my knees! A merry Christmas to everybody! A happy New Year to all the world.”

Scrooge was better than his word. He did it all, and infinitely more; and to Tiny Tim, who did not die, he was a second father. He became as good a friend, as good a master, and as good a man, as the good old city knew, or any other good old city, in the good old world. And it was always said of him, that he knew how to keep Christmas well, if any man alive possessed the knowledge. May that be truly said of us, and all of us! And so, as Tiny Tim observed, God bless Us, Every One!