We're here ready to help you with all of your estate planning and elder law needs.
loading...
Carrier Law / Blog  / “Golden Age” or “Hell In A Hand Basket”? 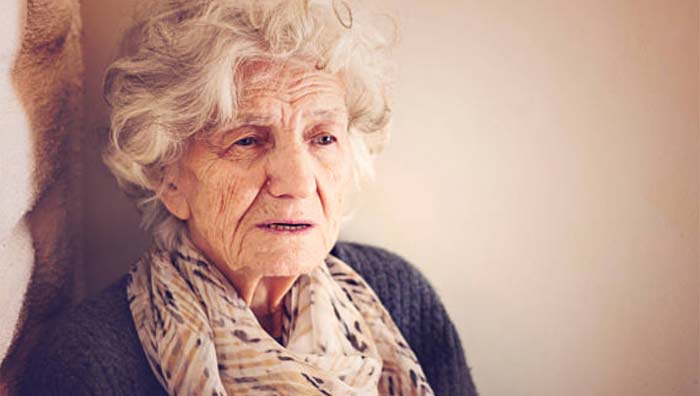 “Golden Age” or “Hell In A Hand Basket”?

A Confederacy Of Dunces?
Are The “Best And Brightest” In Charge?
Did We Elect The Most Arrogant and Stupid?

Every day in every way, we are getting better and better! Who believes that? You try and try, but isn’t it getting more and more difficult to keep the faith? Just look around. Or in a grocery store. Or any kind of store. We are #1! Setting records every week… ain’t it grand?

BASIC PRICE INFLATION. In March 2022, the United States set a 40-year record high for inflation. April 2022 says, “Hold my beer.” And catapults past March, with a new 40-year record high. According to the Bureau of Labor Statistics. Let’s blame Russia.

(Don’t you just love this chart which pretends you can ignore food and energy prices? Excellent!) 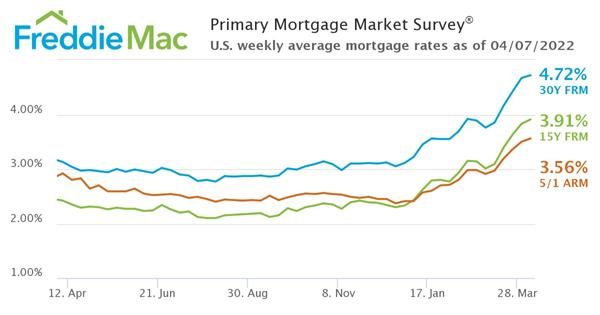 FEDERAL FERTILIZER FRACAS. Is it ridiculous to observe that large quantities of cow-based organic fertilizer are produced by government operations? Do you doubt that the highest level of government work product consists primarily of bull-based fertilizer, also known as “BS”? Verily, the highest praise from one bureaucrat to another: “That is total BS!” How can there be a fertilizer shortage with all this manure and BS? Our “public servants” find the way.

BONUS QUESTION: Will skyrocketing fuel and fertilizer costs reduce food prices? What do you think? Asking for a friend… 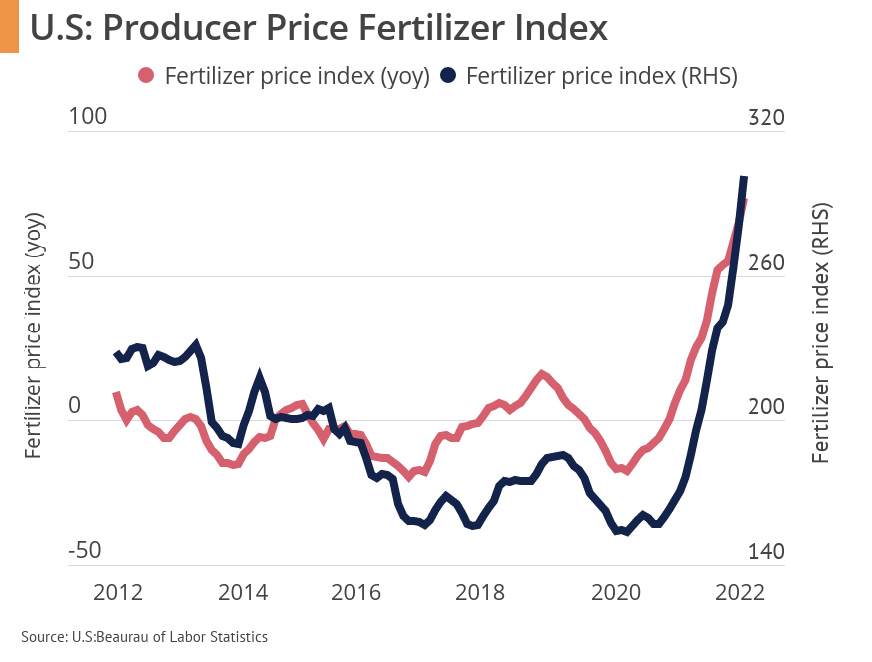 IT AIN’T JUST FERTILIZER. Is it crazy to think that raw material costs have something to do with store prices? Do manufacturers get everything for free? Is the cost of steel and rubber and aluminum and a whole bunch of other stuff irrelevant to the price of your new car? 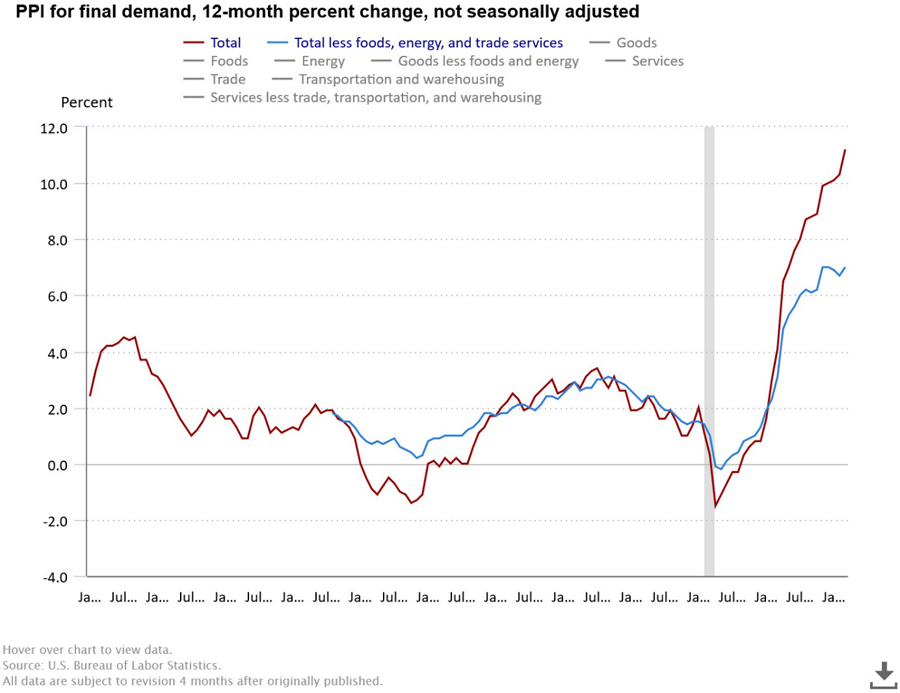 No good. All bad. Very bad.

“Never attribute to malice that which is adequately explained by stupidity.”

Carlo M. Cipolla stated that there are 5 basic laws of Human Stupidity that help to explain the world around us. Do politicians intend to harm us? Are they doing it on purpose? Some are, probably, but most are just stupid. They actually believe that creating more money will cure inflation. Well.

Last week we visited the first 3 of Cipolla’s Laws:

Always And Inevitably Everyone Underestimates The Number Of Stupid Individuals In Circulation.
There are more stupid people hanging around that you can possibly imagine.

The Probability That A Certain Person Be Stupid Is Independent Of Any Other Characteristic Of That Person.
Rich people, poor people, Harvard graduates, elementary school dropouts, artists, butchers, bakers, candlestick makers, lawyers, doctors, politicians. All are equally, proportionately, stupid.

The Third and Golden Basic Law Of Human Stupidity

A Stupid Person Is A Person Who Causes Losses To Another Person Or To A Group Of Persons While Himself Deriving No Gain And Even Possibly Incurring Losses.

BANDIT. It is possible to be an almost intelligent bandit. The bandit always harms others. Bandits are evil. But not necessarily stupid. An intelligent evil bandit steals your car. And keeps your car. You are down a whole automobile. Bandit is up by an automobile. You lose. Bandit gains. Gains and losses balance. The whole is not worse off, even though evil stuff happened.

Most bandits are not intelligent. Most bandits are stupid. Most bandits cause far more harm to you than they benefit themselves. Bandit carjacks your car. Shoots you. You lose automobile, pancreas, kidney, and part of your left lung. You are way way down. Bandit does not get to keep stolen car. Bandit sells for cheap to chop shop. Bandit is now Public Enemy #1. Bandit gets caught, goes to jail. Bad things happen.

Bandit hurts you and hurts self. Stupid.

BANDIT POLITICIAN. Politician wants to be liked. Pumps up trilllions of money from nowhere. Gives to friends. Lots of friends. Would print up and give away even more, but spoilsports say “NO!”. Politician sad.

Politician now unliked by all. Popularity in the toilet. Most people say “Big Stinker!”. Politician loses. Friends lose. Everybody loses.

Politician hurts you and hurts self. Stupid.

Did you think Russia would be threatening thermonuclear war against Sweden and Finland (and the rest of us) in the Spring of 2022? Did you guess that the United States would be fighting a land war in Europe right about now? Did you foresee the highest inflation rates in 40 years? Did your crystal ball foretell that testicle’ed humans would be celebrated for beating uterus’ed humans in athletic contests? Did you predict that the Massachusetts Institute of Technology would give up the most effective screening tests available to admit unqualified students who flunked out at astounding rates? And so on and so on and so on…

Stupid people endanger us all. With nuclear war. And conventional war. Murder. Destruction. And the acceptance of preposterous positions that no one with a grain of common sense could countenance.

As George Orwell once said:

“Some ideas are so stupid that only intellectuals believe them.”

A Stupid Person Is The Most Dangerous Type Of Person

Stupid people are unpredictable. Totally and completely unpredictable. You cannot protect yourself, or any part of what you value, from the stupid person.

Stupid bandits shoot you. You lose. They wind up in a bad place. Everybody loses. See, Ukraine. Intelligent people are quite predictable.

Middle class folks may be proportionally as stupid as any other groups. But, middle class people act more intelligently than any other group. Murderous thieving Russian crime bosses, grifting politicians, overbearing tech oligarchs, and other persons in positions of power are tolerated because of their power. They do not hear the truth because they are feared.

Who fears you? Who lies to you rather than tell you the truth because of your awesome, terrible power? Nobody.

Powerful People are just as stupid as we are. But we get better information than the Powerful People who are surrounded by fear-ridden toadies. Do you want to be the one who tells murderous thieving Russian crime boss that his big missile boat was blown up? Me neither.

Stupid Powerful People unpredictably, do harmful things that hurt all of us and benefit them not at all.

Thank God that you are middle class. You have the power to do good. And nobody lies to you out of fear.

Traditional estate planning is concerned with avoiding probate, saving taxes, and dumping your leftover stuff on your beneficiaries. After you die. Nobody cares what happens to you while you are alive. How does that help anyone? Stupid.

No Poverty. No Charity. No Waste.