We're here ready to help you with all of your estate planning and elder law needs.
loading...
Carrier Law / Blog  / How Did It All Go So Wrong, So Quickly? 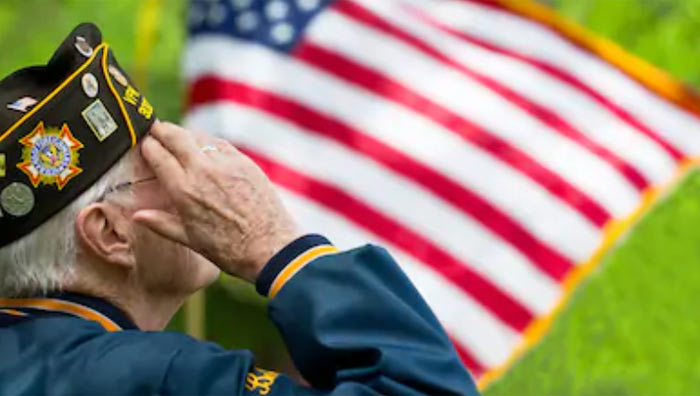 How Did It All Go So Wrong, So Quickly?

I’m As Mad As Hell And I’m Not Going To Take This Anymore!

It was not that long ago. A year or so? America was recovering from the COVID. Economic growth was rebounding. Interest rates continued at historic low levels. Minimal inflation. Energy affordable and secure. Americans doing what Americans do. Getting on with it. Making the best of the situation. Recovering.

Remember before-COVID? Best economy ever for working Americans of all ages and racial groups. Record employment. At the highest real wages in history.

COVID and the response to the pandemic was a body blow. Confronted with a virus of mysterious origin. COVID deaths were 90+% among older folks with other ailments but affected us all. Lockdowns, economic paralysis, “No gardening for you!”.

Some sought political advantage. Blame Game. Extraordinary stresses resulted from lockdowns, masking, different therapeutic and preventive approaches to dealing with the pandemic. Some violence was excused. Other violence exaggerated and hysterically condemned. Rules for thee, but not for me? Raise your hand if you are surprised by politicians’ hypocrisy. Me neither.

And yet. Despite all the blame-gaming. Whatever your personal politics. Whomever you think is at fault. Let’s look over the edge of this foxhole. Aren’t there are some undeniable realities, some inconvenient truths?

Inflation is at 40-year highs. And getting worse.

Interest rates doubling, tripling. Home ownership out of reach. What do you think higher interest rates will do to the deficit?
Energy dependence is our future. America pleads with oil potentates who refuse our President’s phone calls and verbally abuse his envoys. “Strategic Petroleum Reserve” is pumped out to temporarily mask reality.

Crime and murder rates are skyrocketing back to the bad old days. Carnage in the streets.

No borders for the U.S. Millions already crossed over. Given a joke legal document. And a cell phone. And a ticket to your town. To compete with you and your neighbors.

How did we get here? Where do we go now?

Early 2022. Russia’s main rival (that’s us!) dazed and confused. Some American politicians and partisans credit Russia with powers and abilities far beyond those of mortal men. Russia chooses America’s president. Some believed this. Others said it for political advantage.

Chief Crime Boss thought, “Now’s the time!” And invaded another country. Threatens others.

How’s that working out? Tens of thousands of dead or missing Russian soldiers. Thousands of dead Ukrainians. Billions of destroyed civilian and military property. Sunk ships. Millions of wrecked dreams. Years of effort demolished overnight with artillery shells, missiles, and bombs. Medieval brutality. Standard Operating Procedure for Russia, from czarist times to the time you read this. No surprise to anyone familiar with any ancient or modern Russian military adventure.

But Europe has had enough. Petroleum extortion blackmail is okay but killing people and breaking things… too much!

How did this happen? What now?

There is no easy way out. No effortless solutions. We are past that now. Yet there is hope. America still has Americans. People who do not like being lied to. People who want to say what they want to say. We are a talkative bunch. We do not like to be shut up. We like to irritate our betters. We like to shake things up. That is what the First Amendment is all about.

Russia has the Russian system. Shut up or die. Shut up and die. No way out. No Exit. No solution when your country is run by a Chief Crime Boss and his henchmen. For as long as the Crime Boss lives. History provides countless examples. Napoleon: France. Hitler: Germany. Idi Amin: Uganda. Pol Pot: Cambodia. Franco: Spain.

Sadly, some Americans like the Russian Way. Some Americans are afraid of other people talking. So afraid that the government is setting up a “Disinformation Governance Board” staffed by political appointees. To govern “Disinformation”? Who decides which information is true blue, all-American, reliable, sanctified, and Government- Approved Information? Who decides which is evil, bad, horrible, no-good Disinformation? How can anything like this be consistent with the First Amendment? Can it be reconciled? Of course not.

Fortunately, many American immigrants seem to understand the importance of free discourse better than some of us born here. One immigrant, naturalized American has even spent some of his own money to buy a communications company. He promises to make it available to all. We shall see.

And that is the difference. We have our troubles, but the American Way of free speech, without fear or favor, will eventually enable us to solve our problems. If we continue to believe and act as Americans.

This is not a new issue with us. About a hundred years ago, in Whitney v. California, 274 U.S. 357 (1927), the Supreme Court upheld a conviction for dangerous speech. Forty years later, the Court, in Brandenburg v. Ohio, 395 U.S. 444 (1969), overruled that precedent and forcefully upheld free speech under the First Amendment.

Who wants to turn the clock back? Who wants to suppress, prosecute, and imprison their fellow Americans for speaking on political issues? Why do they fear talk? Are their ideas so weak? Do they have no confidence in their fellow citizens? Are they so smart that no one else need express any thought? Who are these people? Why do they reject the American Way and embrace the Russian Way?

Although it appears nowhere in his writings, Winston Churchill is often credited with saying:

You can always count on Americans to do the right thing – after they’ve tried everything else.

Is Now A Bad Time For A True Estate Planning Solution?

LifePlanning™ Is A Real Solution Traditional estate planning is concerned with avoiding probate, saving taxes, and dumping your leftover stuff on your beneficiaries.

After you die. Nobody cares what happens to you while you are alive. How does that help anyone? Stupid.

Traditional estate planning fails because the overwhelming majority of us will need long- term skilled care. 70% of us. For an average of 3 years. And we will go broke paying for it.